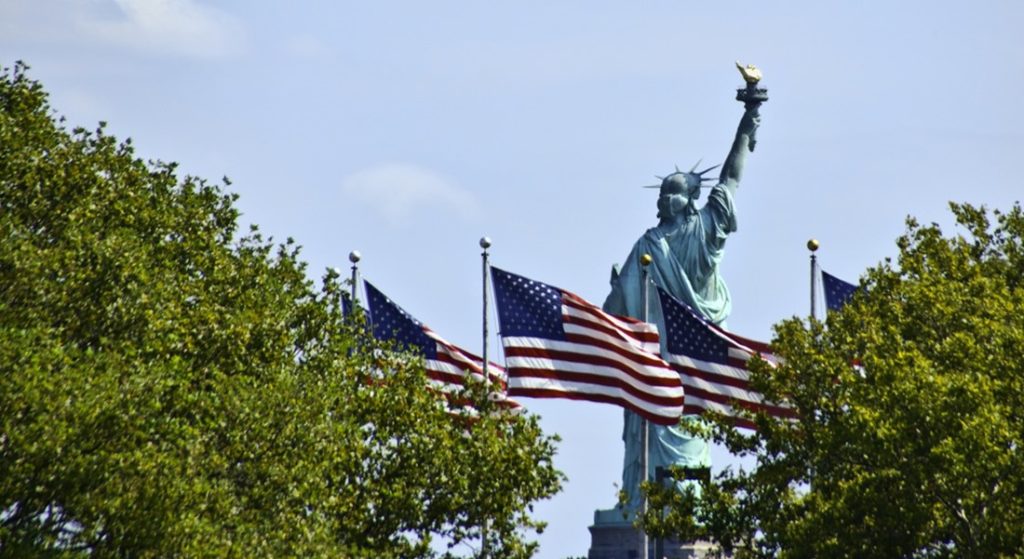 A judge is temporarily preventing the state of New Jersey and a marina company from proceeding with an agreement involving Liberty State Park. Specifically, it would develop a new Liberty State Park marina on the southern side of the property.

The 1,200-acre Liberty State Park is in Jersey City, in northern New Jersey. Maintained by the state Department of Environmental Protection (DEP), it offers views of the Manhattan skyline, Statue of Liberty, and Ellis Island. In addition, the park includes a 51-acre marina, Liberty Landing Marina, on its northern side.

Liberty Landing’s operator, Suntex Marinas, wants to add more slips plus create a second, entirely new marina on the park’s southern end. That marina would occupy 45 acres, most of it being water, near current picnic areas and a flag plaza. Suntex Marinas and the DEP signed a tentative lease agreement last month for the acreage. Megayacht dockage is in the 300-slip mix.

According to a lawsuit filed this week by Jersey City, the lease is invalid for two primary reasons. First, it claims, the DEP did not follow a required competitive proposal and bidding process. Second, it claims that the DEP violated its own lease agreement with Suntex. Under that lease, if the DEP decides to develop further marinas within the park, Suntex must accept or reject the proposal within 20 business days. Failure to act within that time period constitutes an automatic rejection. The lawsuit alleges that the DEP gave Suntex the proposal on November 30 and improperly extended the December 20 deadline. It adds that Suntex accepted the proposal on or about December 27.

The lawsuit concludes that the Liberty State Park marina will cause “irreparable harm” to the city and its residents. It also claims the “rushed manner in which the proposed project is being pushed through” precludes proper environmental studies and public vetting. It therefore wants the court to nullify the agreement.

On January 2, Jersey City Mayor Steven Fulop announced the lawsuit at a press conference. “We are committed to fighting tooth and nail to stop this horrible plan that would develop a millionaire’s marina on the south side of the park,” he says. The same day, a Hudson County Superior Court judge granted a temporary injunction. The next hearing is set for January 16. That’s the same day governor-elect Phil Murphy takes office. Murphy hasn’t commented on the proposal or the lawsuit.

The DEP declined to respond to media requests for comment. Regardless, it previously said the expansion of Liberty Landing Marina was needed, to offset bulkhead repair costs. In 2010, the DEP took over that bulkhead, which needed fixing, from Suntex. It never made the repairs, though. The lawsuit points this out. It additionally points out that the DEP is returning control to Suntex, and offering Suntex reduced rent for the new location. The rent reduction remains until Suntex pays about $25 million of an expected $43 million for the repairs. It portrays the offer as “an attempt to create pretextual ‘consideration’” for the new Liberty State Park marina.

Ron TenEyck, Suntex’s senior vice president, released a statement to several media outlets. “While our opponents have painted the proposed marina as the playground of millionaires, the reality is the project will service local fishermen as well as local middle-class boat owners, who our research shows face a shortage of marina space,” he comments. He further believes that Jersey City should collaborate with Suntex, “rather than issue threats through the media.”