You are here: Home / Charter & Cruising / The Rise of Barcelona as a Yachting Hub

Editor’s note: With The Superyacht Show set for Barcelona this week, and a major trade-only charter show just concluding there, the city is enjoying a rising profile in yachting. Here’s a first-hand look at why, and what you can enjoy as a visitor.

Barcelona is a city of contrasts. Classical architecture juts up against Surrealist confections. The most genteel cultural offerings exist alongside a thronging nightlife scene. You can dine extravagantly in Michelin-starred monuments to haute cuisine or satisfy your hunger with platefuls of local tapas. Despite all of its competing accents and influences, somehow everything in Barcelona melds together seamlessly. It all works.

This was just one of the many reasons why I was so looking forward to starting my Spanish yacht charter in Barcelona. 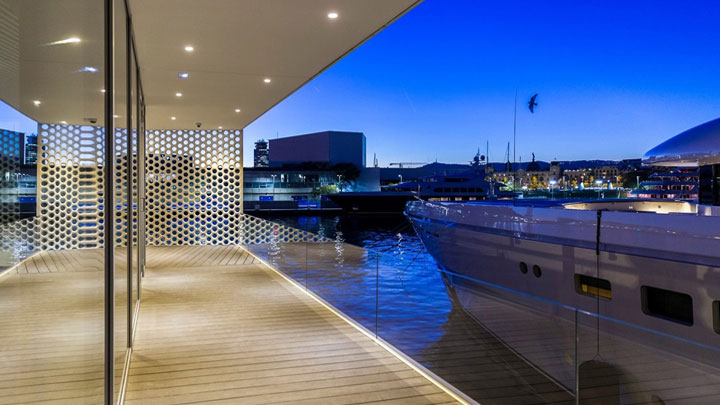 As soon as I arrived in Barcelona, I made a beeline for the OneOcean Port Vell (above) at Port Vell. A 148-berth marina for superyachts up to 623 feet (190 meters) in length, OneOcean offers first-rate facilities and services. They cater to the needs of yacht owners and guests who start or end cruises there.

At the marina, I met my captain and crew, who ceremoniously shepherded me onboard the sleek vessel that was to take me around Spain. Once I settled into my cabin and explored my opulent, floating home-away-from-home, I was ready to head out and immerse myself in the pleasures of Barcelona.

First, I stopped in for some world-class shopping at the waterfront Maremagnum mall. Then, I strolled along the beach to Agua, one of the trendy restaurants that line the beachfront. I savored a steaming plate of paella and sippe a delicious Albariña, as golden as the Spanish sunshine.

That evening, I headed out to sample some of Barcelona’s famed nightlife. First, I grooved to the latest EDM beats at Opium Barcelona. Global superstar DJs regularly headline here. Then, since I still had a little energy left, I stopped at nearby Pacha for some epic Ibiza-style partying. 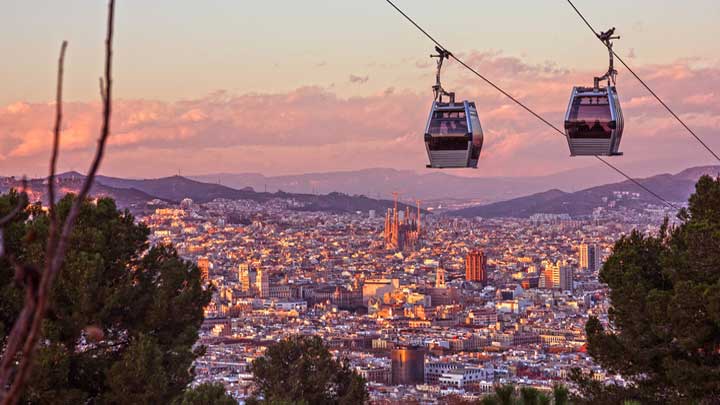 Surprisingly, despite a night that went until the wee hours, I was up early the next morning and ready to greet the day. To be fair, the delicious breakfast whipped up by my superyacht charter’s chef probably enhanced my mood.

Rejuvenated and refreshed, I set off for a day of exploration. First, I boarded the Montjuic cable car (above) from the harbor, which rapidly whisked me up 4,239 feet (1,292 meters). Montjuic, site of the 1992 Olympics, is also home to a 17th-century castle, botanical gardens, and several renowned museums.

I worked up quite an appetite on Montjuic hill. My wonderful yacht-charter crew arranged for a driver to pick me up. I had him take me over to the legendary Boqueria market on tree-lined La Rambla. There, at Bar Pinotxo, I dined on delectable truita de carxofes, or artichoke omelet, perfectly paired with a lovely viña sol.

After lunch, my next stop was Park Güell (below), one of the best spots in the city to see the unique, fantastical architecture of Antonio Gaudi. The park showcases some of the most characteristic elements of Gaudi’s style. They include his embrace of color and striking structures that are almost magical in appearance.

Returning to my megayacht charter in Port Vell after an adventure-packed day in Barcelona felt truly heavenly. I had originally intended to venture out on the town again that night. But, after the exceptional, multi-course dinner prepared by my yacht’s chef—complete with local Iberian produce and matched with exquisite vintages—I could think of no better way to enjoy the warm Barcelona evening than with an expertly prepared cocktail on deck before retiring to the plush bed in my cabin. 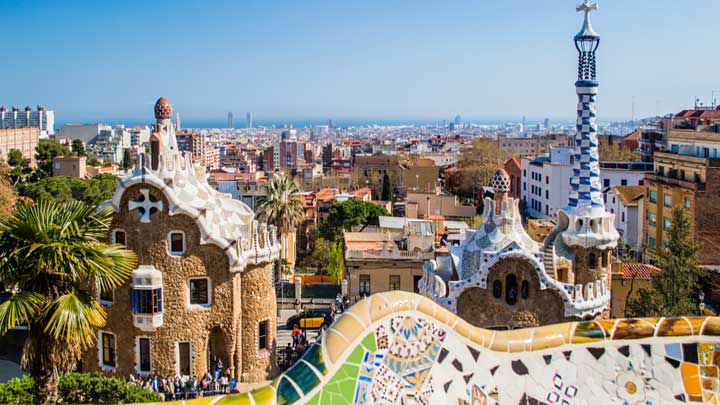 Following a blissful night’s sleep, my final day in Barcelona dawned. I awoke to blue skies and an ambitious plan to fit in a few more must-see sights.

My first stop was Gaudi’s spectacular La Sagrada Familia (at top). Begun over 136 years ago, this world-famous building is still under construction today, making it feel more alive than unfinished. With its multi-faceted exterior and stunning stained-glass-adorned interior, La Sagrada Familia makes an indelible impression.

Last, I paid an all-too-quick visit to the Picasso Museum. Featuring 4,251 pieces in its highly influential collection, the museum offers a deep dive into the formative years of one of the 20th century’s most towering artists.

Later, back onboard my luxury superyacht charter, I stood on deck as we cruised away from our OneOcean berth and out into the harbor. As gorgeous Barcelona gradually receded in our wake, I stood on the deck of my megayacht charter and gazed out at the sparkling Mediterranean Sea. New adventures lay ahead.