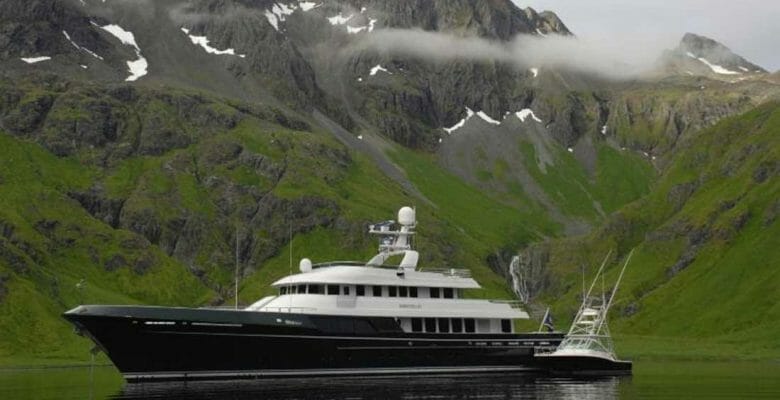 For seven years, the owner and crew of Dorothea III have been crisscrossing the globe. The cultural experiences from the Atlantic to the South China Sea and beyond keep them captivated. They especially relish helping local communities wherever they travel. In addition, they’re passionate about pursuing big fish, particularly marlin. So, what better than to combine their passions, in what they’re calling the Marlin Mission. It’s a fishing fundraiser to help schoolchildren in remote regions—and you can play a part.

This month, Dorothea III and her sportfishing sidekick, Post One, set off on a nine-month trip throughout the Atlantic Ocean. Fishing spots for Atlantic blue marlin top the priority list for six of those months. (If you’re not an avid angler, marlin is a big-time battle fish. Some can exceed 1,000 pounds, too, called granders.) In mapping out the itinerary, the crew wondered if they could entice people to pledge a dollar amount for each fish they catch and release. The money would buy school supplies for kids in Brazil and Cape Verde, a 10-island nation off Africa. The two areas are among the places where Dorothea III and Post One will venture through next year.

With that idea now a reality, the Marlin Mission runs through January 15, 2019. Specifically, Dorothea III and Post One want to raise $15,000 by landing 30 blue marlin. By pledging anywhere from $5 to $100 per fish, you can help make the Marlin Mission a success.

Notably, the Marlin Mission isn’t Dorothea III’s first aid-oriented undertaking. The owner and crew assisted YachtAid Global last year in the Turks and Caicos following Hurricane Maria. Indeed, they delivered more than 10,000 pounds of food, water, and other supplies directly from their decks. The 147-footer (44.69-meter) has pitched in a few times, in fact, since her owner bought her in 2011. (Prior to that, the megayacht was Marco Polo, built by Cheoy Lee in 2007.)

As for Post One, she’s new to both global fishing and supporting local communities, but will surely get up to speed quickly. The owner of Dorothea III has traveled for more than a decade with a sportfisherman as a sidekick, including for his previous megayacht. Post One is a Hatteras 63GT, tailored from the start of construction in January 2017 to run long ocean distances. Her first test is this month, heading from Bermuda to the Azores. It’s an 1,800-nautical-mile trip, in 10 days no less.

For more on the Marlin Mission, and to make a pledge, visit Dorothea III’s dedicated mission webpage. You can also make a payment, via a link there to PayPal.