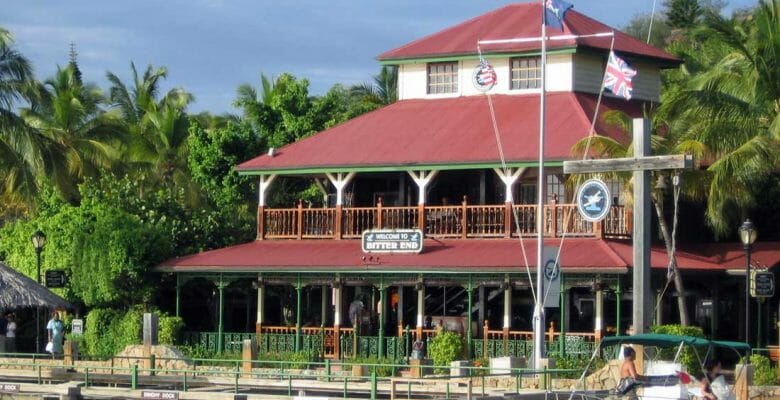 It’s been nearly a year since back-to-back hurricanes destroyed the famed Bitter End Yacht Club in the Caribbean. However, the rebuild has begun, with the megayacht Barnacle playing a central role.

The Virgin Gorda-based resort and marina hosted many a megayacht over its 50-year history. Unfortunately, Hurricane Irma made a direct hit on North Sound, the northern portion of the island, and where the resort sits. Now-famous aerial video revealed the waterfront cottages reduced to rubble. Days later, Hurricane Maria came through. The one-two punch meant nearly every one of the 70 structures required rebuilding. Most of the resort’s boats and yachts suffered beyond-repair damage, too.

Thankfully, the owners of the Bitter End Yacht Club are rebuilding right now. According to the resort’s blog, more than 60 workers are currently salvaging reusable material, dismantling structures, and clearing remaining debris. The owners say more than 3,000 tons of debris spread across their 64 acres, as well as a mile of waterfront. Despite the daunting tasks, the Bitter End Yacht Club anticipates a partial reopening next spring. In fact, the marina, mooring field, and waterside services such as food and retail will all be ready.

The command center for the reopening is the Hatteras 80 in the video above. Barnacle arrived on site earlier this summer. “Fitting that this process will emanate from a boat, parked dockside at B-dock at BEYC,” the blog reports.

The owners call the reconstruction “BEYC 2.0.” They’re working with Simplemente Madera, an architecture firm based in Nicaragua. In fact, Simplemente Madera is responsible for a few projects in Nicaragua, including the Jicaro Island Eco-Lodge. Along those sample lines, it is restoring the Bitter End Yacht Club’s environmentally complementary design and ethos. “It is important to us that North Sound continues to be the visually inviting destination it has been for generations,” says Richard Hokin, co-owner of the resort.