You are here: Home / Yachts / Motoryachts / The Black Pearl Pirate Ship Listed With Y.CO—Sort Of 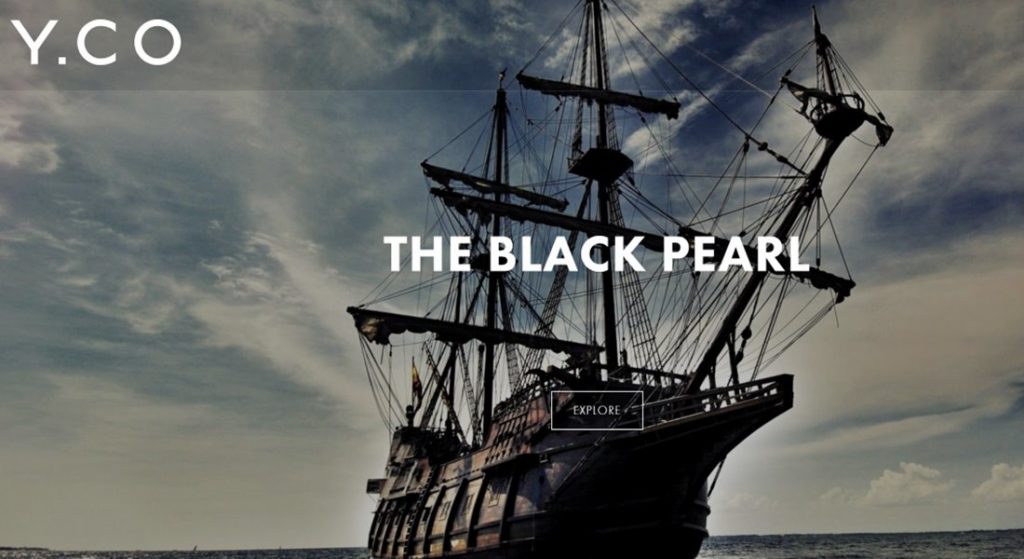 Pranks aren’t just for April Fools’ Day. Y.CO shows it’s possible not just to have a healthy sense of humor on Halloween, but also to have one regarding brokerage sales. The company has just issued a tongue-in-cheek press release touting its latest central listing, The Black Pearl. Yes, that “Black Pearl.” As in, the pirate ship from the successful film franchise Pirates of the Caribbean.

If ever there were a brokerage listing you needed to read, this one is it. Y.CO provides in-depth details, some of which you’ll remember if you’ve seen the movies. For instance, the company draws attention to her particularly unusual appearance and equally noteworthy performance:

“Recognizable by her distinctive black hull and sails, 66.6M The Black Pearl boasts extraordinary speed, making her nigh uncatchable. Crewed by the damned and captained by a man so evil Hell itself spat him back out, she promises to be a truly thrilling purchase for a daring owner.”

Thrilling indeed. The Black Pearl, according to Y.CO, has some of the best state-of-the-art equipment onboard. At least, it’s state-of-the-art for pillaging and plundering. For example, she has 18 cannons on her gun deck, as well as 14 more on the upper deck. (Sorry, folks; no room for a hot tub or sunpads here.) In addition, extensive refit work since launch way back in the 16th century ensures The Black Pearl can do things others cannot. Specifically, she can shrink to fit inside a glass bottle. Therefore, her new owner can save thousands on slip fees.

Just as no proper superyacht is complete without a tender, The Black Pearl delivers. Y.CO says her tender—a rumrummer tender, no less—draws power from sea turtles. Therefore, it’s “guaranteed to help its owner pull off even the most implausible of escapes.”

By the way, The Black Pearl’s asking price is “eight hundred and eighty-two coins, along with a trace of pirate’s blood.” She additionally comes with cursed Aztec gold, letting you live forever. For something that truly fits the definition of unique, we say she’s priceless.