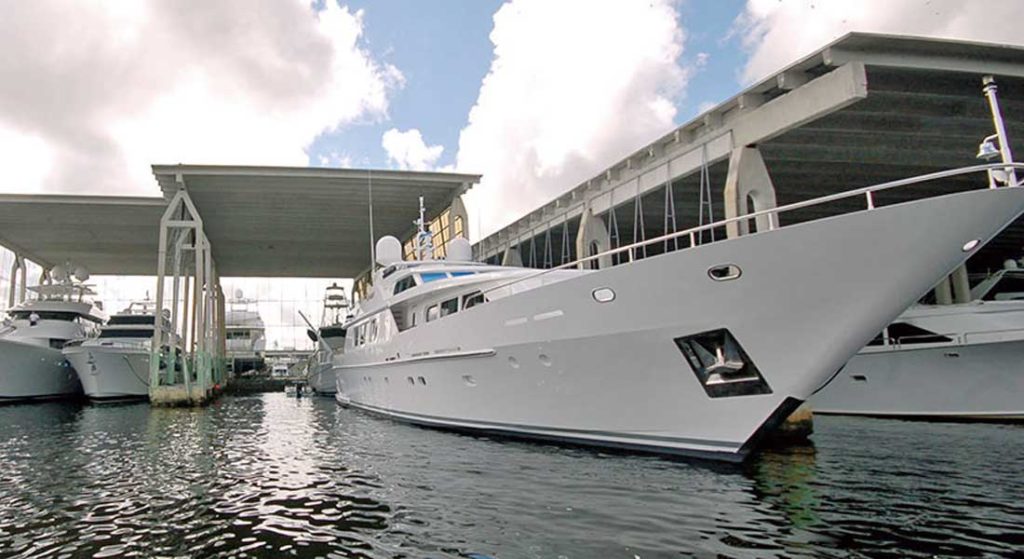 The famed Bradford Marine, with a footprint in Florida dating back half a century, is under new ownership. Despite the change, the company name remains the same. Furthermore, the new owners plan to keep the focus on megayacht repair, among other specialties, with investments.

Paul Engle, president of Bradford Marine, remains in his position. He oversees a facility established in 1966 on Fort Lauderdale’s New River. Today, besides megayacht service and repair, it has a marina as well as a yacht-brokerage division. It also houses Numarine USA. The facility can haul megayachts to 250 tons, plus provides covered dockage for yachts to 180 feet (55 meters). That dockage spans more than 11,000 linear feet (3,353 meters), too. This makes Bradford Marine one of the largest covered service centers worldwide.

Bradford Marine Bahamas, meanwhile, accommodates even bigger projects. Established in 1997 in Freeport, it can service megayachts to 500 feet (152.4 meters). The 25-foot (7.6-meter) draft means large sailing yachts are no issue. A 1,200-ton drydock as well as 150-ton TraveLift are on site, which comprises 47 acres of land. In addition, the facility has 2,000 feet (about 610 meters) of dockage.

“We are excited to have the opportunity to own and operate Bradford Marine,” comments John Kelly, CEO of FLYH. “As one of the foremost megayacht repair facilities/marinas in South Florida and The Bahamas, Bradford Marine has a tremendous history built by its world-class team of employees.” Michael Kelly, COO of the company, adds, “Just as the yachting industry has evolved, so too will Bradford Marine continue to cater to the needs of the next generation of yacht owners, captains, and crew.” He further says that FLYH will ensure the facility helps grow the marine industry’s $8.8-billion economic impact in Broward County.

Engle echoes that sentiment, saying, “They have plans for substantial enhancements that will be greatly welcomed by our customers.” Pointing out their family relationship, Engle also says, “John and Michael are highly knowledgeable and informed as to the needs of yacht owners, captains, and crew, given their longtime passion for yachting.”