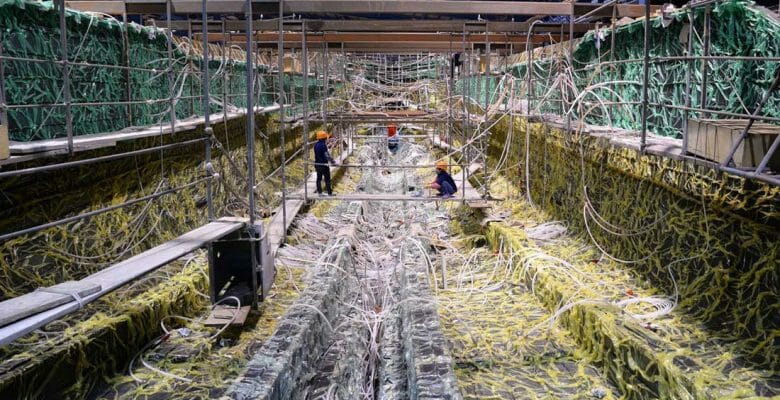 When we talk about world records in yachting, usually they’re speed records, like crossing the Atlantic or a finish line in less time. In 2005, Horizon Yachts set a world record of a different kind. It set—broke, actually—the resin infusion record for the largest single continuous process. Now, a little over a decade later, it’s broken its own record. It infused the hull of the upcoming Horizon EP140 in a single shot.

The resin-infusion process has been around for many years, and not just for yachts. The aerospace industry, for instance, has long used it, as have other industries related to land transportation. Understandably, as technology advances, so, too, does resin infusion. In fact, it’s doing so at the hands of the companies applying it, due to their own growth. 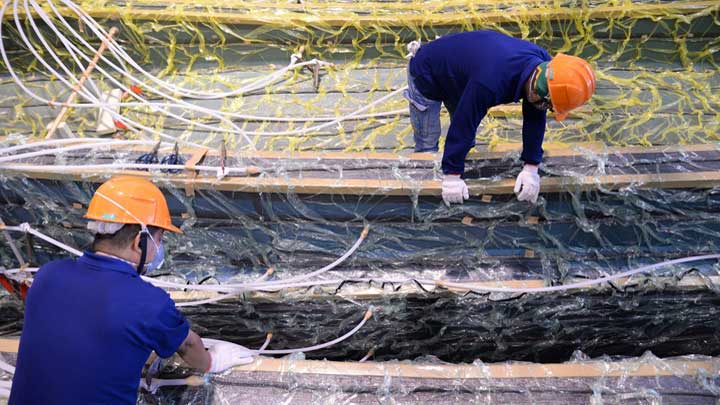 Horizon is a good example. It created its own composites division, Atech Composites, in 2000, for its own hulls. Atech also practiced research and development. Straight away, it began using the SCRIMP method, pioneered in the USA in the 1990s. In brief, SCRIMP involves vacuum resin infusion, which greatly reduces volatile organic compounds (VOCs). Furthermore, it distributes resin evenly, via vacuum pressure, bolstering strength. Horizon became the first Asian shipyard to use SCRIMP. Then, in 2004, Atech developed its own vacuum resin-infusion technology, which Horizon says improved resin distribution. In addition, this technology permitted hull stiffeners to be integrated with the yacht. Therefore, Horizon could infuse larger structures. Plus, the process reportedly makes for even lighter, stronger yachts.

As for the resin infusion record, Horizon broke it the first time in 2005. It did so with the 136-foot (41.45-meter) Horizon P130 Miss Rose. Specifically, it infused her hull, with stiffeners. In case you’re wondering, the prior record holder was Oyster Yachts, with the Oyster 125 in 2010. Prior to that, the record was set by a bridge.

Fast forward to today, and the Horizon EP140 is the title holder for the largest single continuous resin infusion. Once again, Atech Composites infused the 140-foot (43-meter) megayacht’s hull and stiffeners in one shot (both photos). Horizon says the EP140 construction involved a nearly 80-percent reduction of VOCs.

Horizon pledges to reveal more about the EP140, part of its expedition series, in the coming months.