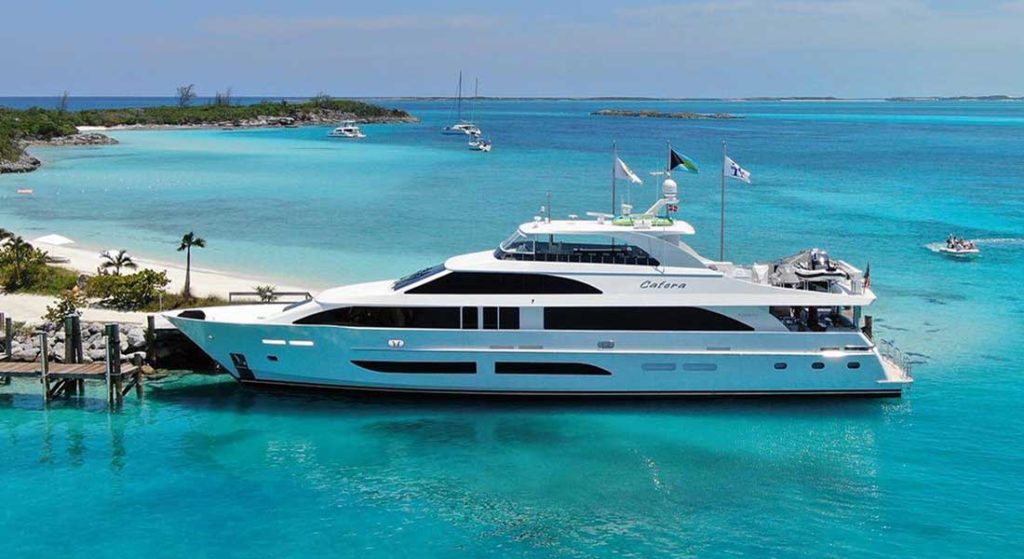 With the fall boat-show season about to kick off, buyers, builders, and brokers are vying for attention. Even though FLIBS (the nickname for the Fort Lauderdale International Boat Show) is two months away, Hargrave Custom Yachts is already in high gear. It’s because the 120 Hargrave, an exclusive model for Galati Yacht Sales, will premiere there. She has features simply not found on other Hargraves.

That latter word comes straight from the builder. Its team collaborated with Galati Yacht Sales to tailor the layout and interior design to the brokerage’s client base. In fact, it’s why the yacht bears a special name: 120 Hargrave Galati Signature Edition.

Among the things you’ll see in this video, one of the guest staterooms can double as a gym. This, and other arrangements, came after two and a half years of planning.

Equally important, the 120 Hargrave bears a hull design by Jack Sarin Naval Architects. Hargrave partnered with the Sarin design office several years ago. Upon analyzing what was selling among competitors, the builder wanted to meet or even exceed the proverbial bar. The first result of the partnership was Donna Marie II, a 114 Raised Pilothouse, in 2013. She topped out at 25 knots and cruised smoothly at 20. Although Hargrave is not revealing what Catera performs at, expect similarly respectable numbers.

Look for the yacht at the Galati display at FLIBS.