You are here: Home / Photo Galleries / A Look at Liara, Baltic 112 Superyacht: Gallery 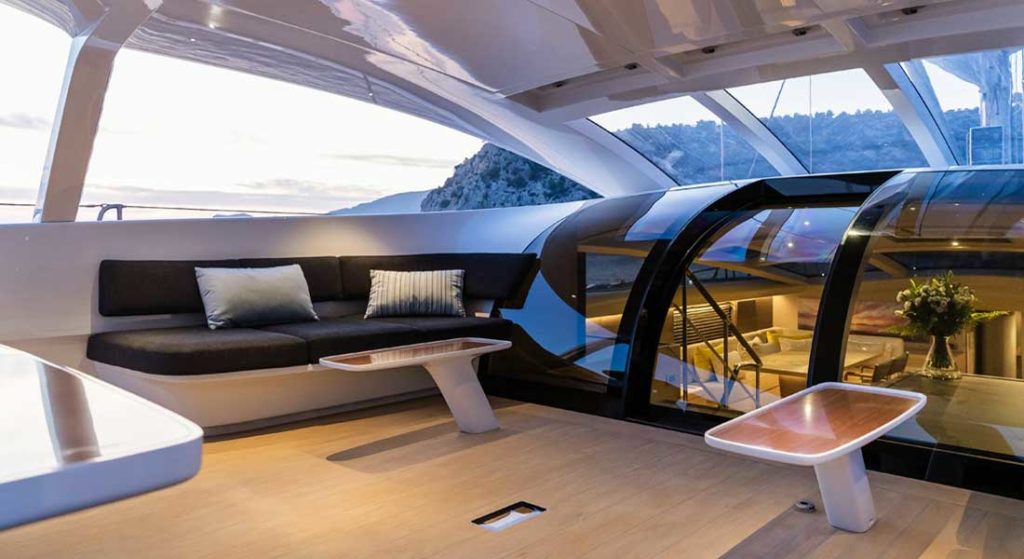 Comfortable cruising? Check. Racing? Check. Liara does both. While she soaks up the last of the Mediterranean summer, this Baltic 112 superyacht sloop has her eyes on some big prizes. Come wintertime, she’ll cross the Atlantic to participate in February’s RORC Caribbean 600. That 600-mile offshore race isn’t enough, though. She’ll then participate in the St. Barths Bucket in March. Next comes transiting the Panama Canal, and ultimately arriving in New Zealand for the America’s Cup in early 2021. That puts this family cruiser with a performance edge into good perspective.

In fact, the original directive from the experienced owner was for a safe global cruiser for the full family to enjoy. But, he soon changed his mind, wanting something additionally to loom over racecourses. While weight savings was already important for the project, it now became an even bigger priority. Liara features a carbon composite hull, along with carbon fiber cable trays and hose holders. She also features Nomex-cored furnishings. Abundant titanium is aboard, too. Even equipment from deck fittings to the hydraulic oil reservoir employs titanium. 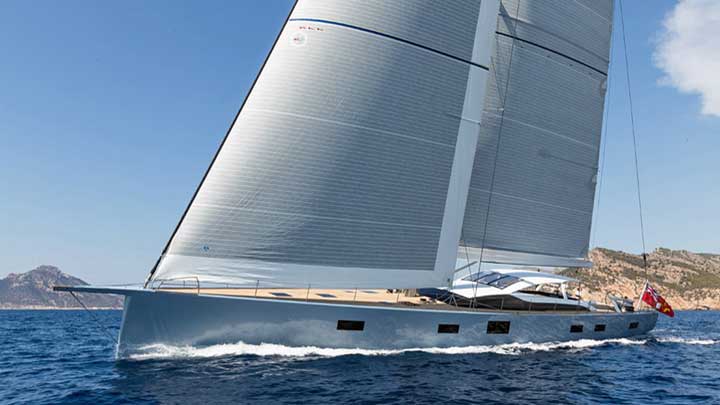 For her performance edge, Liara has a retractable propulsion system. Her naval architect, Malcolm McKeon, was happily surprised by the computer-based studies. “It was clear that the yacht would accelerate and power up much more quickly than expected with her propeller retracted,” he explains. Even so, though, Baltic Yachts and McKeon’s studio needed eight months to plan proper placement for the propeller’s hull opening and the telescopic keel.

With a 25’9” (7.9-meter) beam, Liara needed comfortable spaces for the owner’s family to gather. A primary place is the large cockpit. (On a related side note, this removes for racing.) It’s easy to imagine the generations gathering here and excitedly taking in the action during the America’s Cup. It’s also easily to imagine them simply kicking back and relaxing in the Caribbean, enjoying the shade of the hardtop. 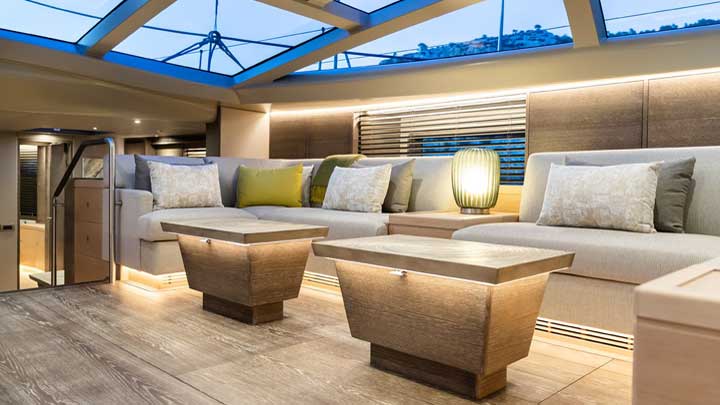 The same is true inside the full-beam deck saloon. Here, Adam Lay Studio fashioned a relaxing, naturally attractive ambiance. Satin-finished wood appears in abundance, both underfoot and on bulkheads. Fabric tones are largely understated, though pops of blues and greens come with accessories and art.

You can catch Liara at the Monaco Yacht Show later this month. In the meantime, enjoy this armchair tour. Click on any of the images to launch a larger view. 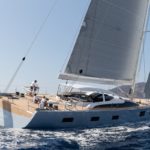 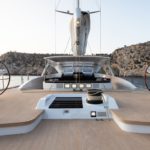 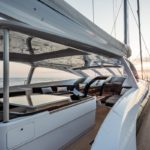 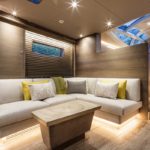 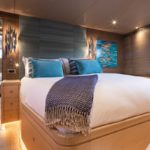 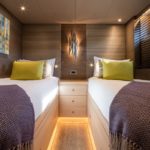