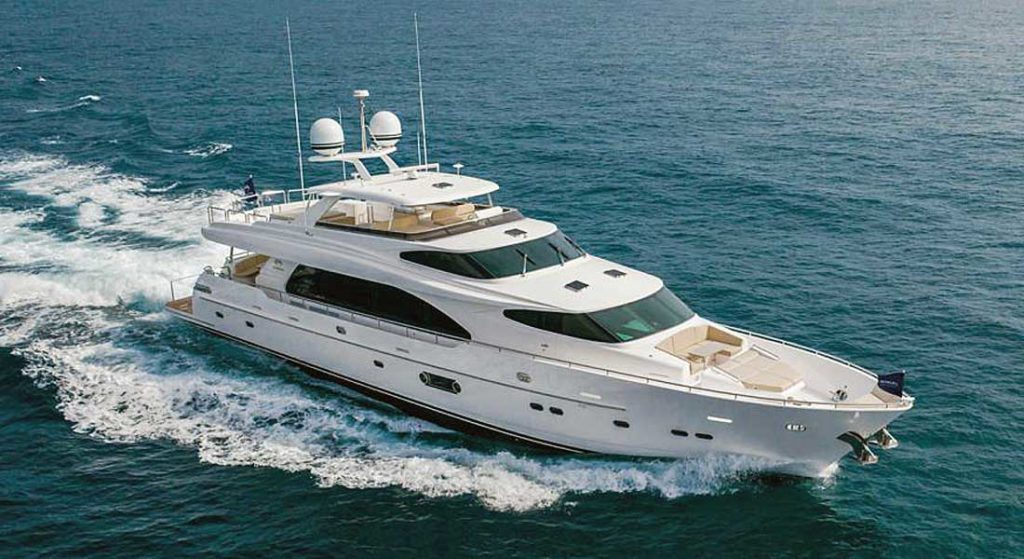 A few days before the end of the decade, Horizon Yachts launched its newest RP yacht, with the RP series being one of its most popular lines. The yacht, an RP100, still has some commissioning ahead of her, but she will soon head to Australian waters.

The Horizon RP100 (with “RP” meaning “Raised Pilothouse”) is a new design in the series, based on the Horizon RP97, which saw several deliveries. On a related note, overall, the full RP lineup has resulted in 40 megayachts being built and sent to customers around the world. Similar to her sisters, the RP100 is sporty, with large swaths of glass and an open flying bridge.

The trideck motoryacht has certain amenities tailor-made for the Australian market. Naturally, these include the electric standards, but they also include a country kitchen. For a broadly appealing superyacht style, the yacht additionally has all four staterooms below decks, plus a formal dining area open to the saloon on the main deck. In addition, the saloon incorporates a striking bar and entertainment console (below) along the starboard side. Satin-finished wenge wood stands out here, too, as well as in other guest areas. 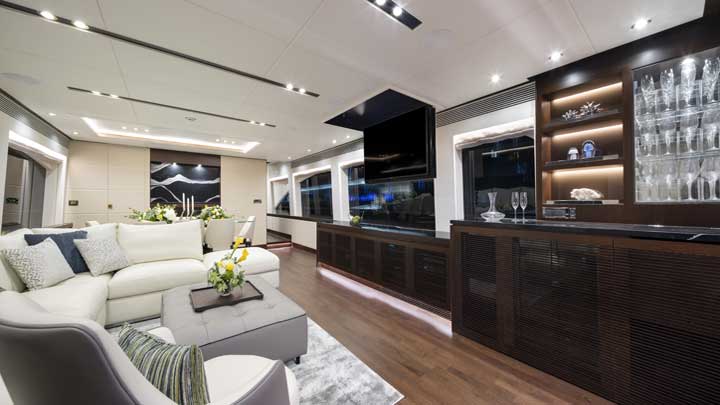 Those guest areas further include a built-in observation settee in the raised pilothouse. Outside, meanwhile, the Horizon RP100 invites the owners and guests to dine on the flying bridge. Plus, they can enjoy each other’s company around the seating area. The three-person crew can launch the tender stowed up here as well with a davit included as standard equipment.

Sea trials should confirm the Horizon RP100 is capable of a 21-knot maximum speed at half load. As for range, expect 1,300 nautical miles while at 10 knots. Interested buyers can get onboard at the Sanctuary Cove Boat Show in May. However, Horizon VIPs can get the first looks at the shipyard’s Open House, taking place later this month in Taiwan.