You are here: Home / Builders / Feadship Amsterdam Yard Coming in 2019 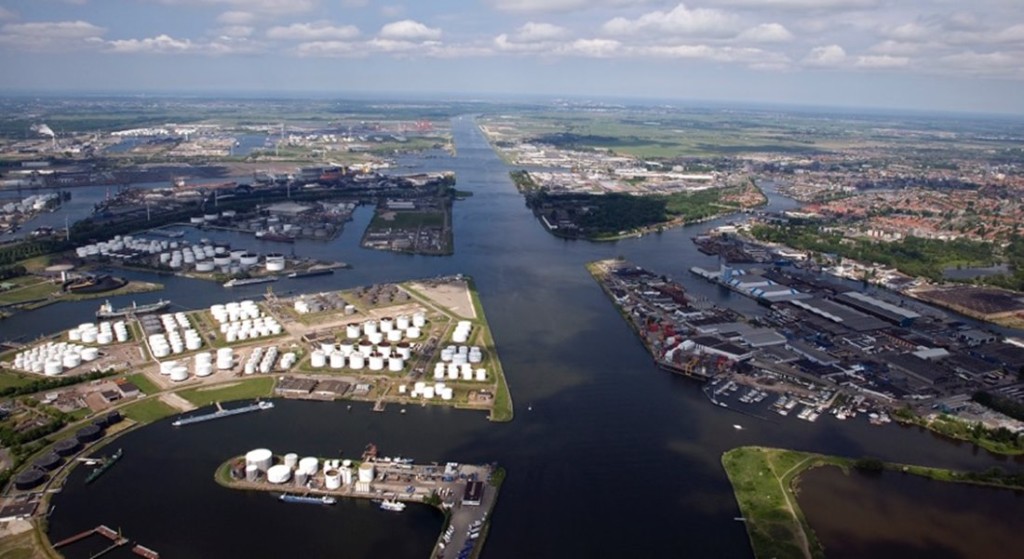 Super-size superyachts, especially ones upwards of 328 feet (100 meters), are squarely in Feadship’s sights. However, its Royal Van Lent shipyard is restricted in its ability to pursue that market due to the width of the local canals. That restriction will no longer be an issue come 2019. Feadship plans to open a new shipyard in Amsterdam under the Royal Van Lent management for megayachts to 525 feet (160 meters).

To be clear, the existing Royal Van Lent facility in La Kaag, The Netherlands, which can build megayachts with a maximum beam of 46 feet (14 meters), is remaining operational. In fact, the waterfront surrounding that shipyard will be upgraded starting next year. That’s also when Feadship will start construction on the new yard.

As for the Feadship Amsterdam yard, it’s on property being leased from the Port of Amsterdam. It’s in the area of the city known as Westhaven. Some buildings exist on the site now, which will be razed beginning this summer. This, in preparation for new and re-constructed buildings to be created starting in 2017.

When completed, the new Feadship Amsterdam yard will contain 10 workshops. The dock itself in the shed could potentially be split in two, for two new-builds or one new-construction project and one refit project simultaneously. More significant, though, the Feadship Amsterdam yard will be capable of constructing megayachts with beams to 88’6” (27 meters). Related to this, there are no restrictions between the Feadship Amsterdam yard and the sea. The width of the canals in the La Kaag area are why the largest megayacht that Royal Van Lent has thus far been capable of is Symphony, 333 feet LOA by 46’3” (101.5 meters by 14.1 meters, respectively).

About 150 craftspeople should be employed when the yard opens. For comparison, consider that Feadship’s other super-size superyacht facility, in Makkum, has about 200 skilled workers. And, Feadship Amsterdam will be one of four in total under the Feadship umbrella.