You are here: Home / Yachts / Motoryachts / Superyachts in the Spirit of St. Patrick’s Day 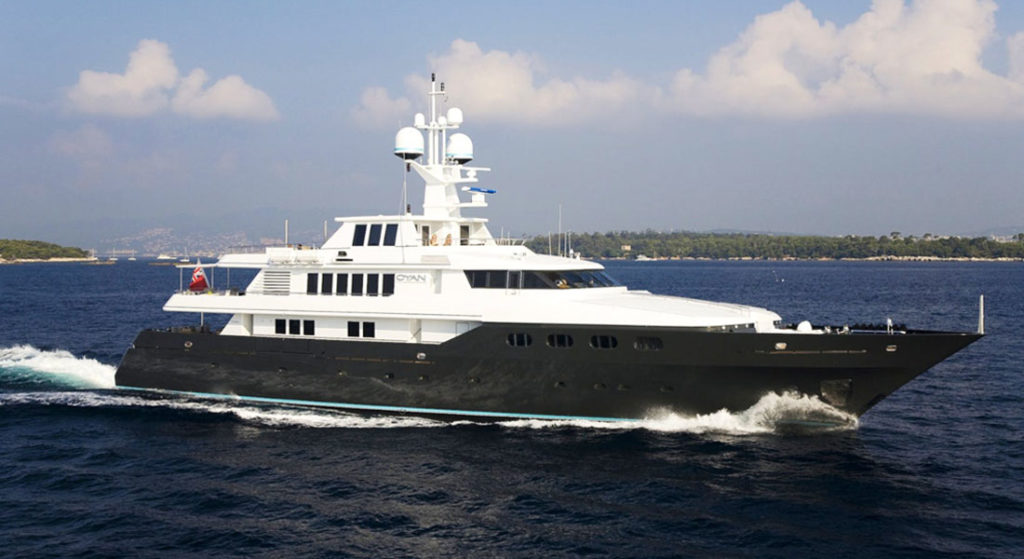 Irish pride abounds, especially when it comes to the Irish saints. None, however, is as famous or as revered as St. Patrick, who drove all the snakes from Ireland. Given the significance of today’s date among the Irish (and Irish at heart), we thought it would be fun to take a look at superyachts in the spirit of St. Patrick’s Day. Erin go Bragh!

1. Cyan. While not as apparent as other superyachts in the spirit of St. Patrick’s Day, this 161-foot (49-meter) Codecasa certainly makes the grade. She qualifies on more than one front, too. First, “Cyan” is an alternate spelling of a traditional Gaelic name, Cian. In Irish mythology, Cian had a magical cow with an unending supply of milk. Interestingly, the co-owner of Cyan seems to have an unending supply of admirers. He’s Dave Evans, a.k.a. The Edge, from the Irish rock band U2. Back in 2008, he told the Irish Independent, “For years it was a dream of mine to own a yacht, but to be honest, it was a bit out of my league. So myself and a few friends got together, chipped in, and bought the Cyan.”

2. Fighting Irish. A Westship 145 (145 feet/44.2 meters) launched in 2004 as Boardwalk sold to a subsequent owner, who renamed her in honor of Notre Dame’s sports teams. Since selling again in 2017, her name has been Tanzanite. Another fun fact: “Fighting Irish” was a nickname for the Irish immigrants who fought on the Union side during the Civil War.

4. Irish Rover. Marlow Yachts may not be top of mind as a megayacht builder. However, Irish Rover qualifies, coming in at 100 feet (30.7 meters). Specifically, she’s a custom explorer—appropriate for a yacht with “Rover” in her name. Furthermore, she holds both ABS and Bureau Veritas unrestricted navigation classification. Launch took place in 2011.