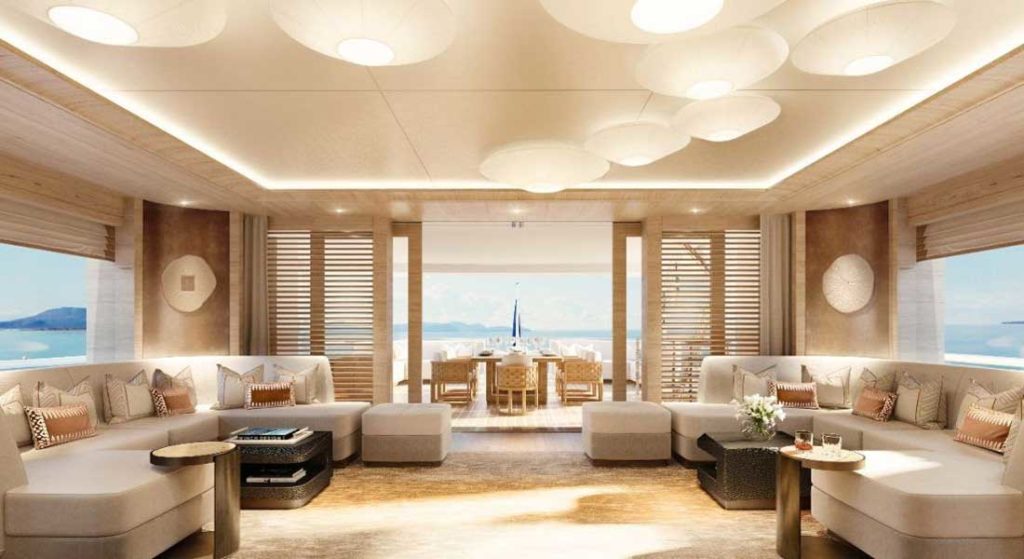 The first Amels 60 should start cruising two summers from now, so construction still has a ways to go. However, the world is getting the first notion of what the inside of this 197-foot megayacht will look like, thanks to Winch Design. Interesting, some of the Amels 60 interior design features complement the angular looks that Espen Øino has given to the exterior styling.

Announced last year at the Monaco Yacht Show, the yacht is part of the Limited Editions series. Even though several of the Limited Editions projects have a family look to their exterior lines, the Amels 60 dares to be a bit different. Particularly, and most noticeably, she has triangular ports along her main deck. These, and some other more sculptured lines, should make her immediately recognizable. 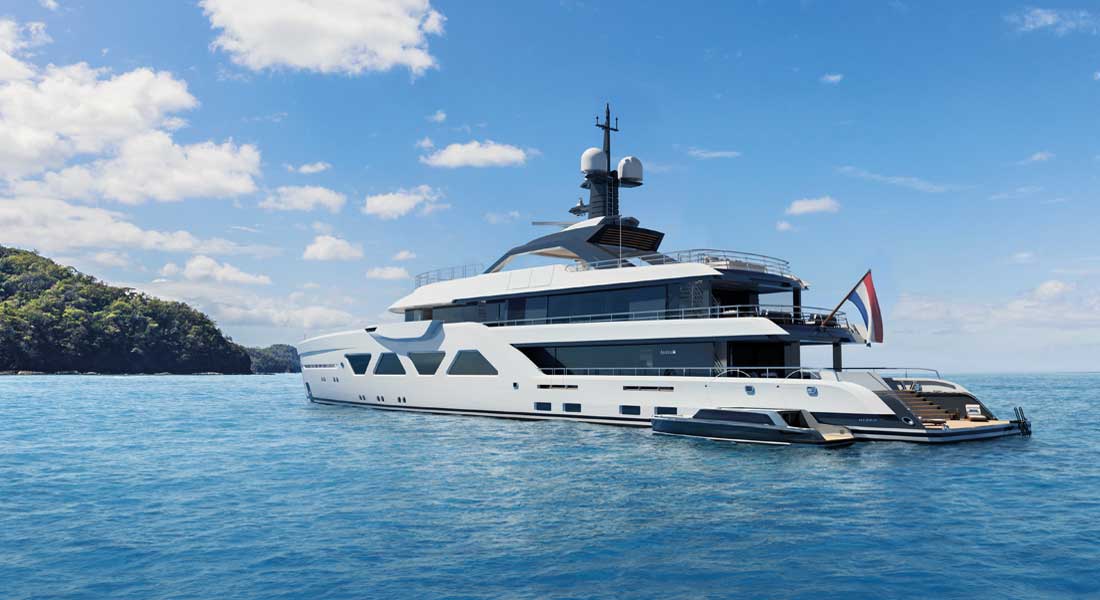 Sometimes, the interiors of megayacht have a look and feel completely their own. In other words, there isn’t really a visual theme from outside to inside. With the Amels 60 interior, however, Winch Design decided a complementary look not only made sense, but also could still leave room for distinctive characteristics. The UK-based studio says it’s replicating some of the angular lines, although softening them somewhat, with shapes found in nature. In addition, it’s smoothing chamfered (beveled) edges of the furnishings—which additionally combine ridging and delicately brushed detailing. If you are familiar with Winch Design projects, the detailing is an important element.

The Amels 60 interior further makes use of materials like bleached oak with a matte finish. Light-tone walnut, bronze, and Jerusalem limestone add to it, for a beach-casual atmosphere. This should appeal to the family-focused owner’s party of 12, as they cruise to multiple global destinations.

The project, which is Amels’ first hybrid superyacht, has a 34-foot (10.4-meter) beam and an overall volume of 830 gross tons. Other notable features include a sundeck measuring about half the yacht’s LOA, and a balcony off the master suite.