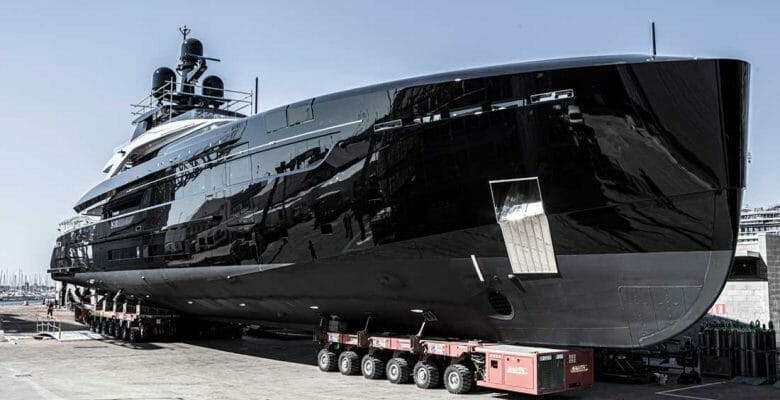 Hull number three in the Tankoa S501 series has a name, and has slipped into the water. Olukun, bearing a rich-black paint job, celebrated her technical launch on September 12 at the shipyard’s Genoa, Italy, facility.

Drawing her name from a deity of the sea, the 164-foot (50-meter) Olukun started on spec. Tankoa Yachts felt confident a buyer would step forward, having delivered two previous S501 series projects. They are Bintador, from 2019, and Vertige, from 2017.  “The owner came into the project quite late during construction, but as a boutique shipyard, we wanted to offer him maximum flexibility to tailor the yacht to his personal needs,” says Vincenzo Poerio, Tankoa’s CEO.

The owner did just that. For instance, Olukun doesn’t have a formal dining area on her main deck. Instead, the owner situated it one deck up, therefore devoting far more floor space to the main saloon. (Though photos aren’t yet available, interior design is by Casa Dio, a Miami-based designer studio focusing on residences, private planes, and yachts.) Yet another tailored feature sits in the master suite. Its study can convert into an additional stateroom, with its own head, too. “It meant cutting a hole in the bulkhead and re-routing all of the wiring,” Poerio explains. 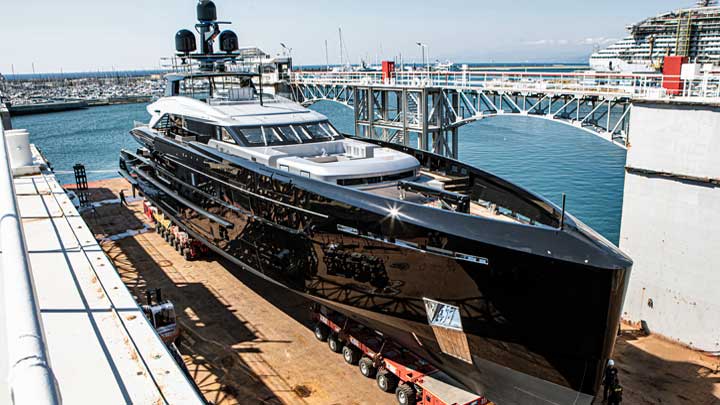 Furthermore, the paint represents a change. A metallic-grey superstructure pairs with the above-mentioned black hull. Most owners shy away from dark hulls due to them absorbing the sun’s heating rays, among other reasons. But, since this owner wanted such a specific look, Tankoa Yachts researched the best coatings options. In fact, it says the paint used reduces the steel hull’s temperature within an 18-degree F (10-degree C) range.

Olukun’s owner did keep some hallmarks of the S501 series, though. Like Bintador and Vertige, the megayacht has fold-down balconies in the main-deck master suite. She also has a side-launching tender garage, just forward of the beach club. Given that engineering was already completed when he bought the yacht, the owner should enjoy a cruising speed of 14 knots as well.

Delivery should take place toward the end of November.