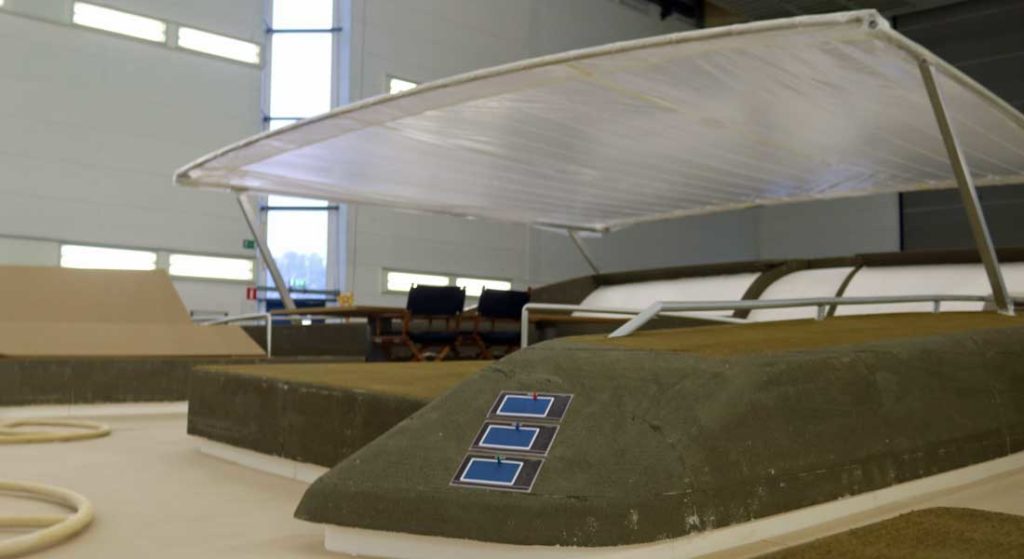 When is a paint shed not a paint shed? When it houses a temporary full-scale replica of a portion of a yacht. In this case, the Royal Huisman Project 405 mockup resided there, at the request of the owners.

Coming in 2022, the 151-foot (46-meter) sailing superyacht is for owners intent on traveling the world, as well as winning superyacht regattas. Incredibly hands-on, they could already envision her various deck areas in selecting Nauta Design for styling and interior design, and Reichel/Pugh for naval architecture. Even so, though, they wanted to essentially experience her before construction would begin. In fact, they wanted to do so with the design teams, their representatives from MCM Newport, and their race captain.

One-to-one mockups are not a thing of the past, particularly at Royal Huisman. The shipyard says various clients want them, whether for just the helm or an entire stateroom. For the Royal Huisman Project 405 mockup, the shipyard created the aft portion of the main deck. As you’ll see in the video, it included everything from the steering wheel to seating and even deck hardware.

Nigel Ingram of MCM Newport says, “Building the 1:1 scale mockup has proven to be a fundamental part of the design process.” He adds that it allowed all parties to “fine tune the deck layout down to the smallest details.” Bouwe Bekking, their professional race captain (he’s an eight-time Volvo Ocean Race competitor), agrees. “No competitive yachtsman would enter a race without the utmost level of preparation.” Therefore, Bekking continues, the mockup let them all foresee how the race crew would operate in a regatta. Equally important, it let them imagine operations “without sacrificing her cruising side: We found the perfect match!”