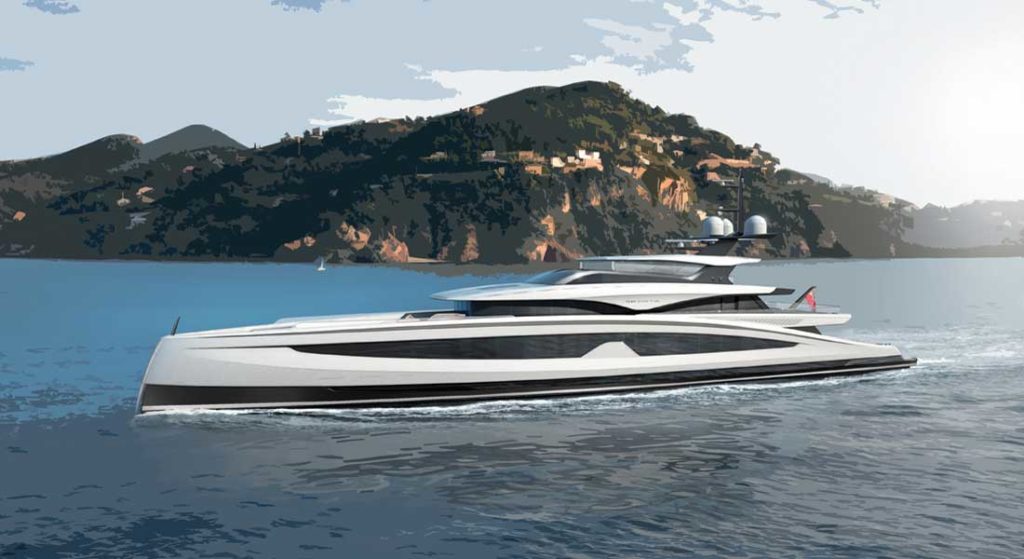 If you put them stem to stern, the six megayachts that Heesen plans to deliver this year measure more than 1,033 feet (315 meters). Equally noteworthy, their combined volume comes in at 3,816 gross tons.

First up, for instance, is Project Aquamarine. Also going by her hull number, YN 18950, she belongs to the new 5000 Aluminum Class. In fact, she’s the first megayacht in that series, measuring 164 feet (50 meters) and, as the name suggests, featuring all-aluminum construction. Based on tank tests, the hull design should deliver 12 percent better fuel efficiency than the previous hull forms, which Heesen deliveries like VanTom and Satori used. Additionally, the new series employs interceptors instead of conventional trim tabs for stabilization. Interceptors are blades sitting vertically in the water, producing lift without drag associated with tabs.

Following Project Aquamarine, Heesen has Project SkyFall and Project Sparta (above) set for handover. They do follow later in the year, however. Specifically, the shipyard anticipates joining Project SkyFall’s hull and superstructure in August. As for Project Sparta, the joining should take place in October. Even with those late dates, though, both megayachts will be completed this year, the shipyard asserts. Project Sparta is especially noteworthy for being the biggest steel Heesen. She measures 219’8” (67 meters), further featuring two master suites on the bridge deck. As for Project SkyFall, she features a fishing cockpit and an impressive total of 22,00 hp.

Among the final yachts the shipyard intends to hand over this year, you’ll find Project Cosmos. She launches in November, at 262 feet (80 meters) LOA. She’s projected to top out at 30 knots, too.

The six deliveries are among 14 that Heesen has in build. Many are semi-custom, while a few are fully custom. The newest of the projects will see delivery in 2024.