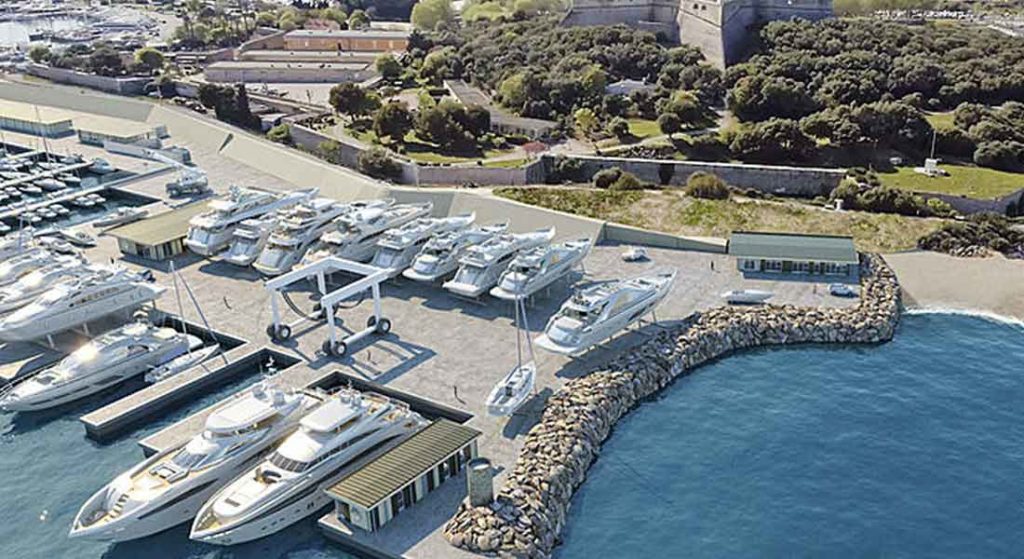 Nearly a decade ago, Monaco Marine acquired a shipyard in Antibes, France that specialized in modest-sized megayachts. It was a strategic move, to cater to more clients in the South of France. Now called Monaco Marine Antibes, the site is about to undergo a significant investment for ambitious expansion and renovation plans.

Prior to Monaco Marine acquiring it in 2012, the site bore the name Chantier Tréhard. Back then, the yard had earned a good reputation among owners and crew of yachts to about 112 feet (34 meters), adapting to the changing market’s needs, too. In the years following the purchase, the Monaco Marine management team determined the focus could and should be on yachts from 98 to 131 feet (30 to 40 meters). Furthermore, the managers believed in taking things slowly and in a measured way. “Being in the local area for nine years already allowed us to brainstorm for a long time,” explains Tanguy Ducros, Monaco Marine’s COO. “We now know exactly what upgrades we would like to implement.”

The illustration at top reveals what the physical footprint will look like in Port Vauban. If you have visited the shipyard, you may remember Monaco Marine Antibes already had good on-the-hard surfaces and other infrastructure. By 2022, however, it will have 96,875 square feet (9,000 square meters) more hard-standing area. Complementing it, the company is buying a new 300-ton lift. This will augment the 200- and 80-ton lifts already in place. Additionally, a larger slipway, a new workshop, better electrical power for bigger boats, and a new guest-welcome area are coming. Finally, although it’s not megayacht-related, the management team is adding space in Port Gallice for boats to 52 feet (16 meters).

Altogether, the investment should total at least €6.5 million (about $7.85 million at press time). Equally important, Monaco Marine holds the lease for Monaco Marine Antibes through 2042.