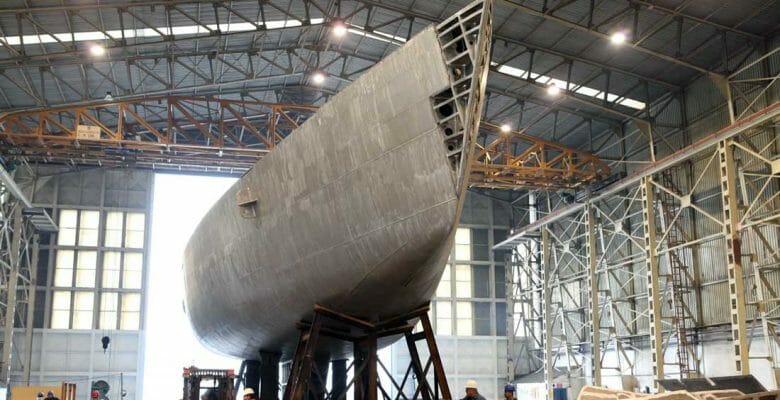 Less than a month following the second failed bankruptcy auction of Perini Navi, one of the interested suitors has submitted an irrevocable proposal for all assets. Today, The Italian Sea Group submitted a €47-million takeover offer to the bankruptcy court in Lucca, Italy.

The Italian Sea Group proposes acquiring everything that the bankruptcy trustee has been attempting to sell. Specifically, these are the construction sites in Viareggio and La Spezia, along with a further building complex in Pisa. They also include a partially constructed sailing superyacht, trademarks and patents, Perini Navi USA, and existing employee and third-party contracts. Furthermore, The Italian Sea Group submitted “a precise industrial plan and a plan to revive the prestigious Perini brand,” according to a press release. The press release does not, however, go into details on those plans.

Regardless, the shipyard asserts that, combined with its earlier-expressed interest in Perini Navi, the irrevocable proposal demonstrates that it possesses “the resolve to further expand its reference market, strengthening positioning in the sail yachting world and bringing into the Group another internationally renowned brand such as Perini Navi.”

Notably, The Italian Sea Group offer of €47 million (about $54.5 million at press time) is lower than what the bankruptcy court sought during the last auction. The opening bid for that auction, due in late September, was €53.5 million. Interestingly, offers within five percent of it were acceptable, too.

Equally notable is this being an irrevocable proposal. Typically, an offering party has the right to revoke its offer at any time before the other party accepts it. However, under an irrevocable offer, the offering party waives the right to revoke it, via a contract that requires holding the offer open. Indeed, the offer remains open either for a particular period of time or until a particular event occurs—for example, another party makes a higher offer.