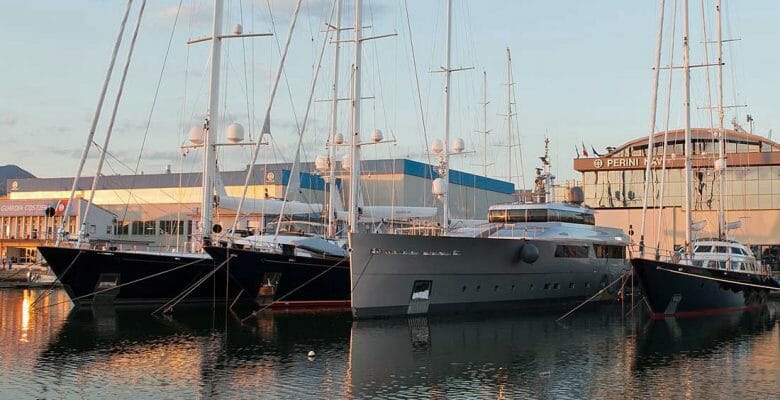 Restart SpA, the joint venture between the Ferretti Group and Sanlorenzo to acquire Perini Navi from bankruptcy, seems to not want to be outdone. The day after The Italian Sea Group announced a proposal to resurrect the builder, it, too, has submitted a proposal. In fact, in similar fashion, it’s an irrevocable offer.

In a press release, Restart mentions the shipyards in Viareggio and La Spezia, trademarks and patents, Perini Navi USA, and existing contracts with employees and contractors. Additionally, although it does not go into details, the press release states production will restart, “ensuring growth and continuity of employment for the workers of the two shipyards as well as strengthen the relationship with the territory.” It does not, however, disclose the financial commitment behind the irrevocable offer. This, despite saying the Ferretti Group and Sanlorenzo will invest “considerable financial resources to implement a long-term relaunch.” Ultimately, the intention is to return Perini Navi to international prominence, it concludes.

A court declared Perini Navi insolvent in January of this year. Previously, court records showed that at the end of 2019, the builder was €80.87 million ($98 million) in the red. Furthermore, at the end of the first quarter of 2020, its debt exposure was nearly €100 million ($121.3 million). As part of the insolvency declaration, the court appointed a trustee to safeguard the assets under provisional operations.