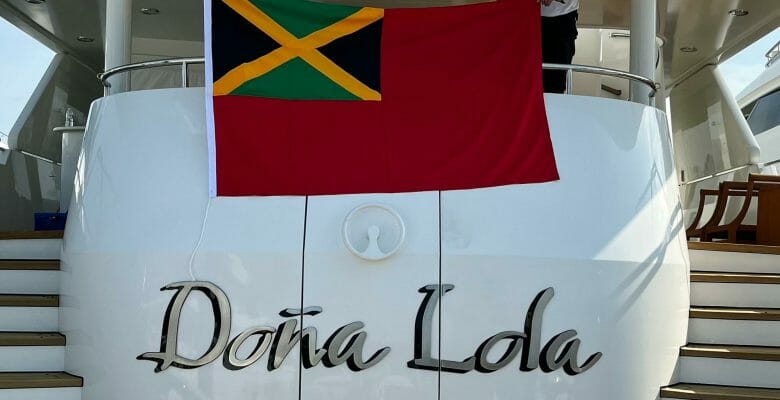 The first Jamaica yacht registry inaugurated nearly a decade ago. Since then, yachts and superyachts have been able to fly the country’s national flag. Those yachts now have another choice, that of the red ensign. Jamaica is therefore among a number of countries offering a red civil ensign.

The International Yacht Bureau (IYB), which assists private and charter yachts in certifying with major yacht registries, worked with the Maritime Authority of Jamaica for the process. IYB has offices in Fort Lauderdale as well as 40 other locations in the United States, Europe, and Asia. Exclusively working with yachts, it currently assists more than 1,200 yachts with their flagging needs. Additionally, IYB works with about 20 national flags. Notably, IYB played an integral part in the initial Jamaica yacht registry. That received approval in 2013.

Since then, IYB has been working with the maritime authority to obtain permission to expand its yacht registry. (For the curious among you, permission needed to come from the Jamaican government as well as Queen Elizabeth II.) The red ensign was a strategic focus of those efforts. Jamaica was part of the British Commonwealth, though it gained independence in 1962. Despite that independence, it can fly the red ensign on its merchant naval fleet. Several other independent and dependent nations do the same. They include, for instance, Australia, New Zealand, the Bahamas, and the British Overseas Territories, such as the Cayman Islands.

The Westport 130 Doña Lola became the first red-ensign yacht under the Jamaica flag registry. She has a strong tie to the nation, too. “Doña Lola was the very first yacht to join the Jamaican fleet in 2013,” points out Capt. Jake DesVergers, IYB’s president and chief surveyor. “Sharing this historic milestone was an absolute.”

Yachts wishing to join the Jamaica yacht registry still have 18 hailing ports from which to choose. They include, for instance, Montego Bay and Ocho Rios.