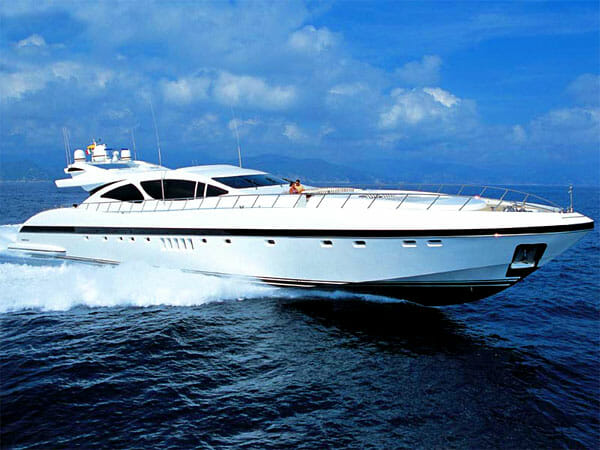 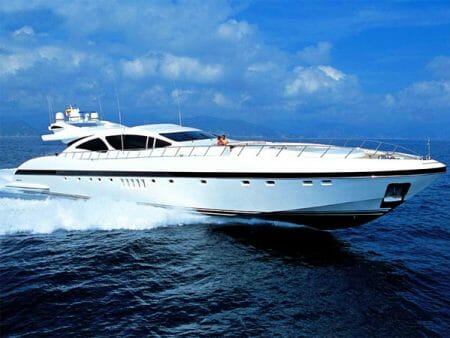 In its first comments to the media about the acquisition of Baglietto and Pisa, Overmarine’s management team expressed confidence last week in having full control of its megayacht operations by mid-March. The team also announced a newly minted partnership with MarineMax—so new that the legal sign-off had literally occurred within an hour prior to the announcement.

During the annual Yacht & Brokerage Show in Miami, Francesco Frediani, the commercial director for Overmarine’s Mangusta brand, explained that Overmarine bid for the then-bankrupt Baglietto and Pisa last year to expand its operations. Specifically, over the course of about 25 years, “Mangusta has always been large open yachts,” he says, while Baglietto, dating to the 1800s, offers custom steel or aluminum displacement yachts, and Pisa, dating to 1946, builds fiberglass flying-bridge yachts.

Further, in an effort to strengthen its position in the United States, Overmarine signed a deal with MarineMax, the largest American-based yachting retailer. MarineMax has 55 offices across the country. Bob Fritsky, vice president of Marine Max, was present for the announcement and expressed excitement at promoting Mangusta at first and eventually both Baglietto and Pisa. He says he’s known both Frediani and the Balducci family, which controls Overmarine, for many years and was already familiar with the individual brands.

Among the yachts Fritsky will be promoting: the Mangusta 130 seen above, plus a new model, the Mangusta 205, which will be featured in an upcoming Megayacht News article.