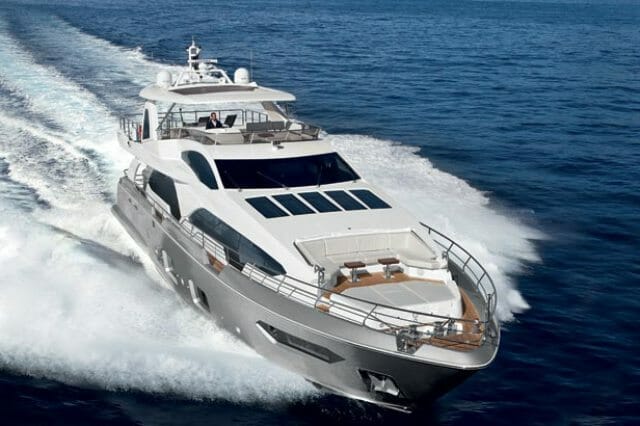 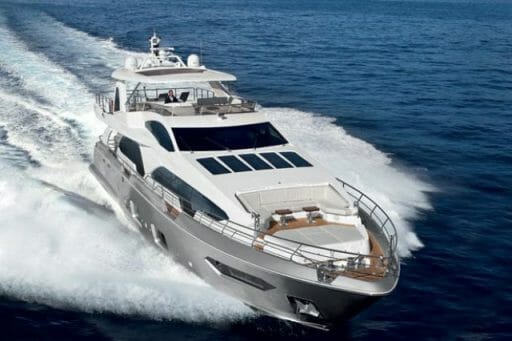 Now more American buyers of Azimut yachts and megayachts have more locations where they can see the boats and sign new contracts. The Azimut Benetti Group, parent company of Azimut, has extended its relationship with MarineMax farther into the U.S. West Coast, Midwest, and Gulf Coast. As a result, MarineMax is the sole representative for Azimut megayachts to 100 feet LOA across the entire country.

“We have an excellent partner,” comments Paolo Vitelli, president of the Azimut Benetti Group. He adds that besides being the world’s largest yacht dealership, MarineMax has strong relationships with its customers. “They retain a personal touch,” he explains. This is expected to bolster the Azimut Benetti Group’s reach into the American market. Vitelli says Azimut first exhibited its boats in the United States 32 years ago, and now 50 percent of all Azimut Benetti Group sales come from the country.

Bill McGill, chairman, president, and CEO of MarineMax, says that the 53 dealerships across the United States will work with owners and their captains to familiarize them with the systems aboard the larger Azimuts. At a press conference during the Fort Lauderdale International Boat Show, where the new agreement was announced, McGill added that the larger Azimuts were selling well in recent weeks and were poised to continue along that path. “The markets we have expanded into have substantial long-term potential for MarineMax and Azimut,” he says. “Historically, brand expansions like this have proven to be very accretive. We look forward to bringing the MarineMax approach to these new markets for our Azimut customers.”