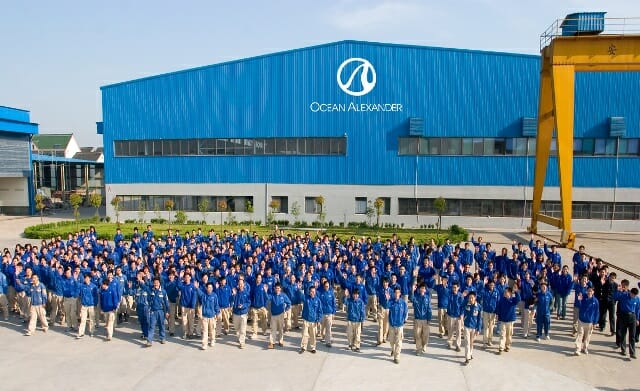 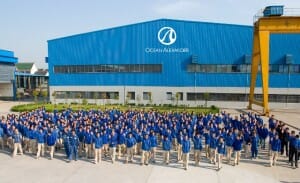 Alex Chueh, the founder of Ocean Alexander, has died, following a long battle with a terminal illness. He was 77 years old.

Born in Fujian, China, Chueh actually began his career as a floor hardware manufacturer in Taipei, after retiring from the army in 1970. He ended up entering the yacht business by accident. He offered a friend a loan to acquire a boatbuilding yard, but his friend became unable to repay him. Chueh was asked to take the shipyard in exchange instead.

Chueh applied the same business principles to the business, Ocean Alexander, as he did the flooring business. He also entered the large-yacht arena quite rapidly. In fact, the first yacht from the yard was a 50-footer, in 1978. Chueh tapped Ed Monk, Jr. as the naval architect, kicking off a collaboration that would last to this day. By the mid-1980s, Ocean Alexander was building even larger yachts, with the launch of a 70-footer. Christened Nighthawk, she was among the largest ever built in Asia at the time.

Of course, Ocean Alexander has come a long way since the mid-1980s. It became one of the most well-known brands in the United States in particular. In addition, to date more than 1,500 Ocean Alexanders have been delivered, spread over 40 different model lines. The LOAs stretch from 54 feet to the newly established Megayacht Series starting at 120 feet. (The Megayacht Series is the result of Ocean Alexander teaming up with Christensen Shipyards.)

While Chueh’s son, John, took over the business several years ago, the elder Chueh was still known to many.

A private funeral is taking place in Kaohsiung, Taiwan. However, the family recognizes that some owners and industry representatives may wish to extend their condolences. Those can be sent via email to [email protected]