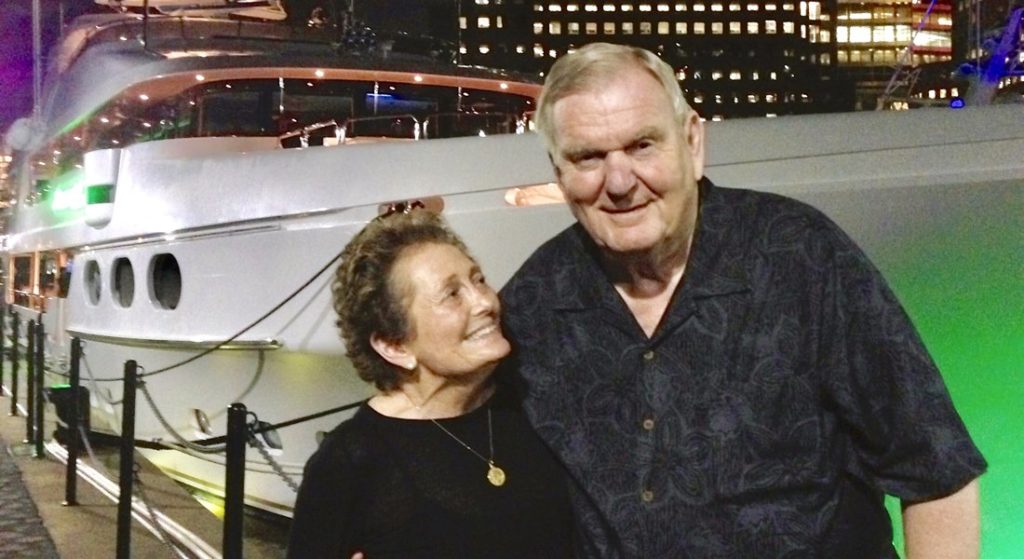 Few people launch new businesses nearly halfway through their lives. Dave Christensen did that at age 50, establishing Christensen Shipyards. The founder of one of America’s best-known megayacht builders died last week at age 87 in Washington State, after a battle with Alzheimer’s disease.

Unlike many in yachting, Christensen wasn’t born into a maritime family. In fact, he wasn’t even born near the water. June 19, 1931 saw him become the first child for a schoolteacher and a grocery-store owner living on a farm in North Dakota. The town, Flaxton, was so small that even today its population is less than 100. Unfortunately, his father died when the youngster was just 12 years old. His mother therefore decided to move the family to Vancouver, Washington, to be closer to her relatives.

Christensen spent his school years in Vancouver, as well as his working years. He became a home builder and real-estate developer, enjoying success from the 1950s through the 1980s. In 1982, he decided to retire, simultaneously commissioning a yacht for enjoyment. The 80-footer (24-meter) developed problems, however, partly through her first cruise to Mexico. Not satisfied with her or other new builds, he decided to order a hull, from Westport Shipyards, and finish the rest himself. The rest of the story is now the stuff of legends. The yacht wasn’t even finished when Christensen received an offer to buy her. So, he accepted the offer and started on another hull. The same thing happened, twice. He sensed an opportunity.

Christensen Shipyards officially hung its shingle in 1985 and opened its doors the following year, in Vancouver. Focusing on fiberglass megayachts, the builder had (and continues to have) as many disciplines as possible in house. Electrical, woodworking, metal fabrication; you name it, the shipyard did it. Much of that stemmed from the frustration the former yacht owner had with his first project. Christensen was so proud, and confident, of the craftsmen that he hung a sign at the facility’s entrance: “Through these doors pass the finest boat builders in the world.”

During his time at the helm, the yard went from building megayachts around the 80-foot (24-meter) mark to upwards of 150 feet (46 meters). Clients were primarily from the United States, with some being high-profile, including the late singer Jimmy Dean. Built in 2000, Dean’s yacht measured 140 feet (43 meters), bearing the name Big Bad John.

Christensen stepped down from running the company in 2009, three years after striking a deal to break ground on a second facility in Tennessee. He’s survived by his wife Mary; six children and stepchildren; seven grandchildren; and seven great-grandchildren.

Today, the above-mentioned sign that Christensen hung remains at the entrance. The current owners, who took over a few years ago, added to it: “And the world’s most satisfied yacht owners.”