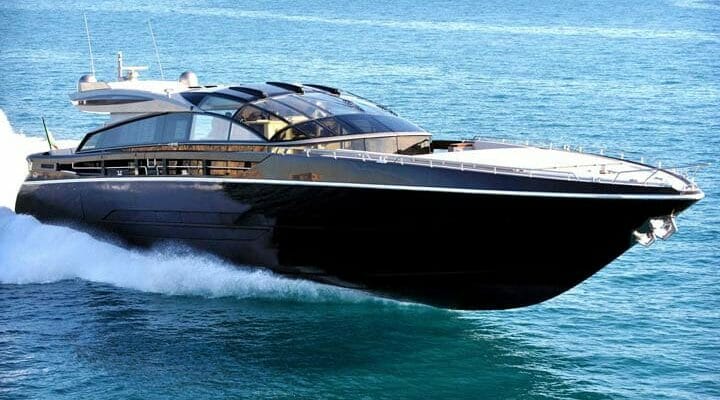 When Baia introduced its Baia One Hundred (above and below) in 2008, surely no one anticipated an owner would want a gold one. A real gold yacht, not just colored paint. But three years later, a UK-based designer claims he and the Malaysian owner of History Supreme have done it.

Trouble is, the story simply isn’t true. In fact, the photos purporting to support the claims are doctored.

Numerous online articles over the past week have breathlessly described History Supreme as being the world’s most expensive superyacht, costing £3 billion (about $4.9 billion). They further claim this is three times the cost of Roman Abramovich’s Eclipse. Since the reported build cost of Eclipse has remained in the realm of rumor, that was easy to dismiss. But oddly enough, History Supreme’s supposed cost appeared on the website of Stuart Hughes. He has embellished seemingly mundane electronics, ranging from mobile phones to TVs, with gold veneers and diamonds. Stuart is perhaps most famous for an iPhone encrusted with 500 diamonds that sells for £5 million, or about $8.1 million. On his website, Stuart states that he gold-clad History Supreme.

Given the diamond-covered iPhone’s cost, the cost of History Supreme didn’t seem too out of line. But the amount of gold applied to her hull and throughout her decks still did. Again on his website, Hughes states that he applied about 100,000 kilograms (220,462 pounds) of solid gold and platinum throughout History Supreme. This includes the superyacht’s decks, rails, and even the anchor. The dining area’s table supposedly also uses the metals, as do accent pieces in the master suite. He adds that a shipyard in Malaysia, the owner’s home country, did the work over the course of three years. 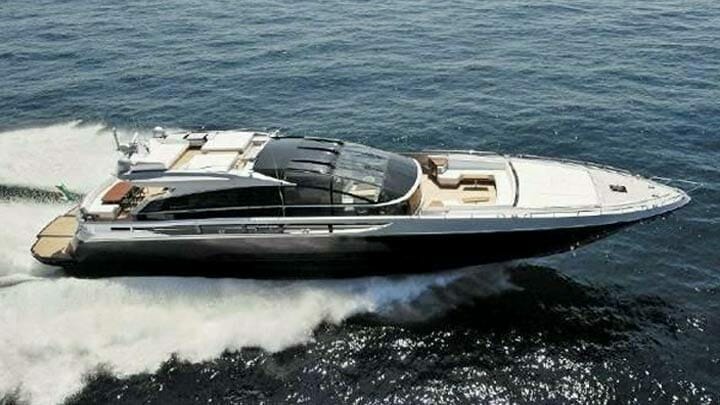 The Baia One Hundred’s displacement is 80 tons. How, then, can she handle 110 U.S. tons of extra weight in gold? She can’t; the laws of physics dictate it.

So, we reached out to Hughes twice for clarification on this and other details, but received no answer. We also contacted Baia, which did not respond by press time. However, yesterday Mario Borselli, sales manager for the builder, told Motor Boat & Yachting, “Who would believe that a boat would have 100 tons of gold on board?” Furthermore, he says, “They took some pictures from our website without our permission.” He added, “We will write him a letter asking him to take them down, but we are not thinking to go legal. It’s such a stupid story it’s not worth it.”

Therefore, we can’t help but wonder whether anything that Hughes mentions is true. He claims to have incorporated bone shavings from a T-Rex into a feature wall in the master stateroom. Since the superyacht is fictional, perhaps those bone shavings are as well.