You are here: Home / Charter & Cruising / French VAT to Apply to Megayacht Charters, Effective in July 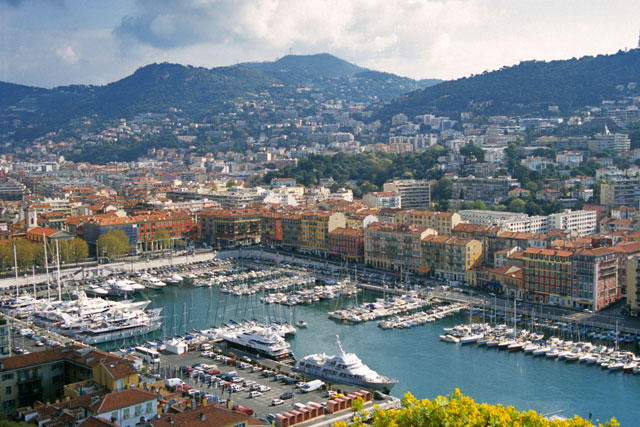 The long-anticipated application of VAT to yacht charters originating in French waters goes into effect next month, on July 15.

On June 25, the Direction de la Législation Fiscale (DLF), which is the French tax authority, informed the European Committee for Professional Yachting (ECPY), an industry organization founded in 1993, that VAT would be applied to contracts signed on July 15 or later. “Signed” is the key word—the date the charter begins is not the deciding factor. To that point, any contracts for yacht or megayacht charters starting in France that have already been signed, or ones that will be signed prior to July 15, are exempt, regardless of when the charter is to take place. However, any contract signed on or after July 15 will be subject to VAT. Currently France’s VAT is 19.6 percent, though Thierry Voisin, president of ECPY, issued a statement to the organization’s members explaining that a 50-percent reduction will be applied, resulting in a 9.8-percent tax.

Reached for commentary, Voisin says that a reduction in tax is currently the policy in Italy, though at a different rate and based on LOA. By contrast, in France, the 9.8-percent rate will apply to all yachts and megayachts, regardless of size or even type (power versus sail), he explains. While VAT will apply regardless of whether a charter remains in French waters, some questions still remain. As Voisin puts it, “There is a grey area in the following situation: A charter starts in France and moves immediately to Italy. The authorities may consider that Italy would benefit from the tax.” Even with that, he adds, “The situation is, in my opinion, quite unlikely to happen.” ECPY remains in touch with DLF and plans to update members accordingly as the policy is applied.

In the meantime, one thing is definitely clear: DLF is interested in resolving a VAT violation that dates back several years, bringing France in line with the practices of other European Union countries.

Charter yachts and megayachts in French waters have, since 2005, been exempt from VAT on fuel, provisioning, and the value of the charter itself if they met three specific conditions. First, the yacht needed to be registered as a commercial vessel, regardless of flag state. Second, she had to be manned by a permanent crew. And last, the yacht needed to be used solely for commercial activity, a.k.a. charter. While those rules were in keeping with the overall European Union law regarding VAT exemption, the European Union also requires that a commercial vessel needs to be used for navigation on the high seas to be exempt. This latter directive pre-dates the changes in French law that took place in 2005. However, it wasn’t until March 2010 that the European Commission, which enforces European Union law, directed France to include it. While the French authorities initially protested, arguing that “navigation on the high seas” was too restrictive, they ultimately conceded. The additional stipulation took effect in January 2011.

That wasn’t the end of the situation, though. France issued a legally binding ministerial ruling in February 2011 that only included the initial three conditions. The European Commission filed suit against France in April 2012 with the European Court of Justice, to force compliance. It warned France yet again in November 2012, stating that it would have two months to eliminate the improper VAT exemption.

All the while this was going on, ECPY, other industry organizations like the Mediterranean Yacht Brokers Association, and charter and yacht-management firms consulted with members of the French government and legal advisers. After all, the various parties were trying to determine when and if charter contracts would need to be revised. Since the French authorities did not take action, the yachting industry decided to continue executing charter contracts without VAT. However, ECPY and others did caution charter brokers, some of whom in turn cautioned charter clients, that tax collecting would likely have to begin, and as of late last year, they believed it would happen this year.

That caution was wise, because in March, the European Court of Justice ruled against France. It stated that by not making VAT exemption conditional upon the requirement of use for navigation on the high seas, “the French Republic has failed to fulfill its obligations under the VAT Directive.”

Will VAT have a detrimental impact on yacht and megayacht charters in France? The answer seems to be both yes and no. France has long been considered a favorable destination because of the tax-free situation. Voisin believes VAT will most certainly affect charter contributions to the economy. In addition, he notes, the French government plans to increase the general VAT to 20 percent effective on January 1, 2014. But, he adds, “It will be difficult for any government to charge the full VAT amount, as this will create a serious economic problem and push the yachts out of the EEC,” naming Turkey and Montenegro as two destinations that may benefit. And, as anyone who has chartered elsewhere in Europe knows, “VAT is actually applicable in all EEC countries,” so charter clients are not unfamiliar with the idea of having to pay a bit more.