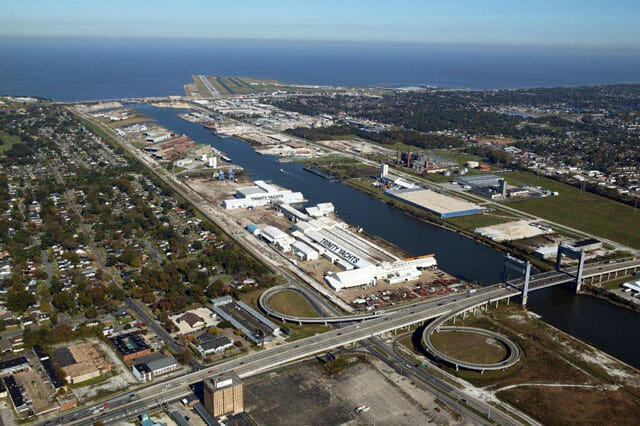 In conjunction with bringing on an investor, Trinity Yachts is separating its megayacht construction from its commercial and military work by re-dedicating its New Orleans facility (pictured) fully to megayachts.

Last month Trinity Yachts formalized an agreement with Littlejohn & Co., a Connecticut-based private-equity and distressed-securities company. Littlejohn & Co. mostly invests in North America, with a particular focus on industries in which the principals have a long track record. These industries include aerospace/defense, automotive and transportation parts and equipment, and consumer products. According to Billy Smith, vice president of Trinity Yachts, “We first met with Littlejohn & Co. last September. They have a sterling reputation with everyone we checked with, they have a great record of helping companies grow significantly, and they like to invest in companies of our size.”

Trinity Yachts and two related marine businesses are now grouped together under the Gulf Coast Shipyard Group banner as a result of the investment by Littlejohn & Co. Those businesses are Trinity Yachts’ sister company, TY Offshore, which designs and builds a variety of commercial vessels as well as patrol craft, and International Yacht Collection, which Trinity Yachts acquired in 2007.

Also as a result of the investment, Trinity Yachts and TY Offshore are each benefitting from a more distinct separation of operations. The two have been sharing 50 acres of space in Gulfport, Mississippi since Hurricane Katrina hit the Gulf Coast region in 2005. Trinity Yachts has continued to use the 43-acre New Orleans shipyard where it was first established in 1988, but its headquarters were moved to Gulfport after the hurricane, and its in-house yacht design and engineering team moved, too. Now, however, with commercial contracts steadily increasing over the past few years and continuing to rise, those projects are commanding more space in Gulfport.

“We are speaking with the state of Louisiana about putting in a new launchway for the New Orleans yard and are studying the possibility of putting in a larger TraveLift, since we are going to concentrate our yacht building back there, where it had been prior to Hurricane Katrina,” Smith says. Already, Trinity Yachts has moved the hulls for the megayacht projects T-052 and T-056, each 167 feet (51 meters) LOA, to New Orleans. Trinity Yachts has also started T-062, the 193-footer (58.83-meter), at that facility. “It should be able to meet all of our yacht needs for the foreseeable future, and we have the ability to expand, when necessary,” Smith explains.

The New Orleans yard isn’t the only one benefitting from physical-plant improvements. The Gulfport yard is already seeing upgrades to its Syncrolift to bring its capacity to 4,300 tons, for example. Smith adds that the 50-ton overhead crane inside one of the sheds is also being extended. Furthermore, he says, the side-launch system will be expanded to accommodate barges to 600 feet LOA (300 feet LOA is the current maximum size the Gulfport yard can build). These and more are part of a $9-million renovation that has been in the works for some time.