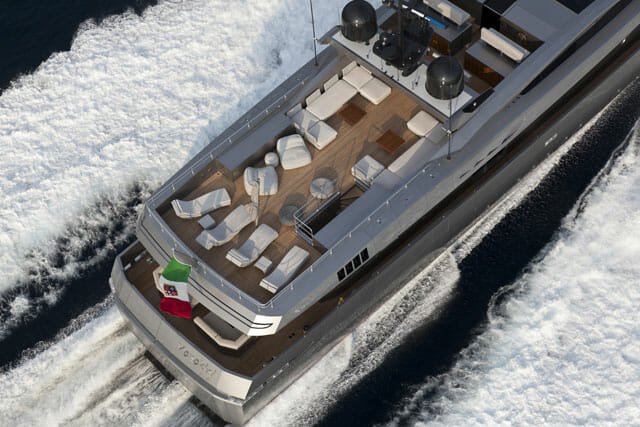 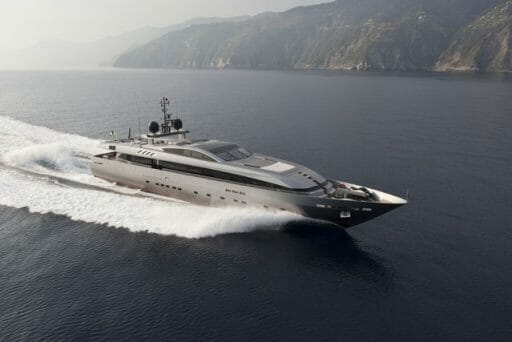 While Baglietto builds steel displacement megayachts, it’s equally known for its all-aluminum fast yachts. Baglietto draws upon both its naval heritage and its yachting focus to promise owners swift speed. With Monokini, Baglietto continues the tradition, while also keeping true to customization. 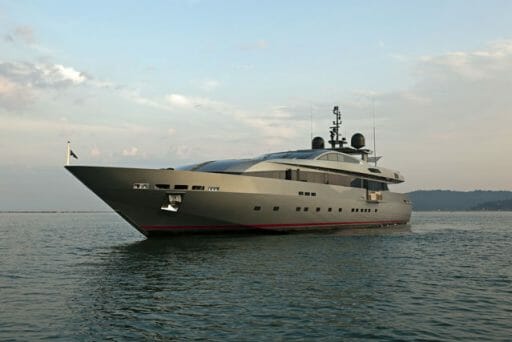 Similar in styling to the previous Baglietto 44 Fast megayachts Tatiana per Sempre and Apache II, Monokini still embraces some departures. They’re mostly subtle nuances, including a foredeck sunpad vs. a series of skylights (though Monokini does have one skylight, within the dining room). The owner further requested that Baglietto and naval architect Francesco Paszkowski incorporate larger ports. 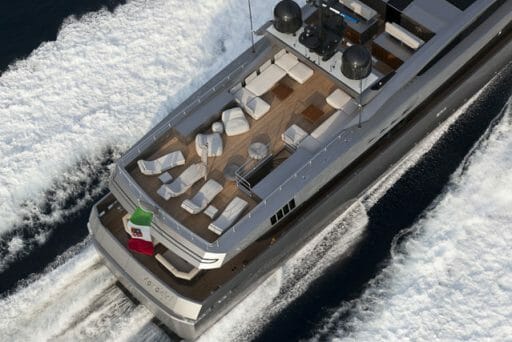 Monokini’s owner was clearly attracted to speed for his 144’4” (44-meter) megayacht. Like the other Baglietto 44 Fast deliveries, Monokini has twin 3,650-hp MTU 12V 4000 M90s for a reported 29-knot top end. Swift speeds typically mean shorter range, of course. Monokini’s most efficient cruise of 12 knots translates to a reported 700-nautical-mile range, though the owner doesn’t seem to mind. Draft is a shallow five feet (1.54 meters). 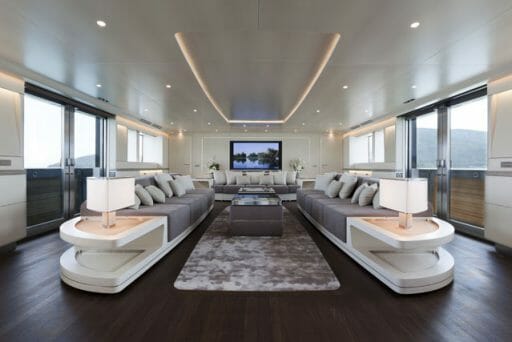 A lot of thought went into lighting and furniture design aboard Monokini. The owner closely collaborated with Alberto Mancini to incorporate abundant LEDs. The lighting can adjust to set various moods, too. Mancini also designed the settees here in the saloon to be easily rearranged. They can face the two fold-down balconies, or they can face the TV for a cinema setting.

Minimalism is the watchword for the decor aboard this 27’2”-beam (8.3-meter-beam) Baglietto. Monokini is characterized by varying shades of grey and cream, with grey-stained ash soles. LEDs are not just overhead, in art niches, and under beds like here in the master. They’re also embedded in doors, as understated accents. 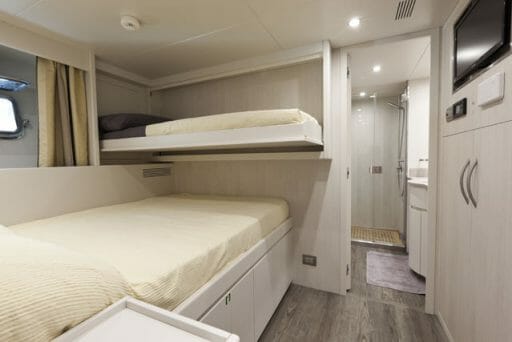 Monokini has accommodations for nine family and friends, in two doubles, one twin, and another twin with a pullman. Speaking of pullmans, there’s also one here in the captain’s cabin. 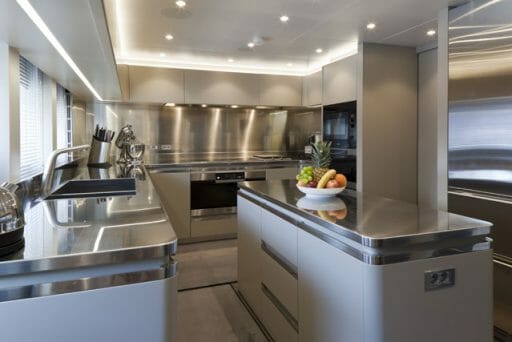 Baglietto has always positioned the galley on the 44 Fast series on the main deck. Monokini is no different in this regard. The megayacht’s galley is a well-organized space, featuring wine lockers and a prep island. Baglietto also wisely includes a side-deck door, easing the loading of provisions. 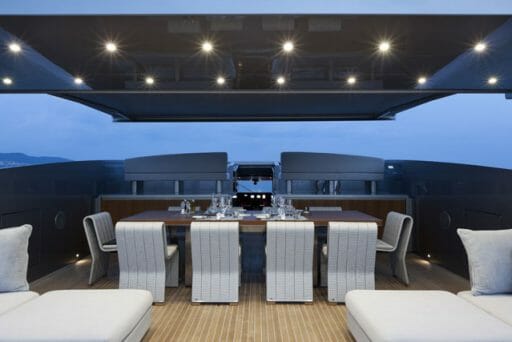 The Baglietto 44 Fast is a flybridge design, so Monokini makes good use of her alfresco area. Lounging, sunning, dining, and barbecuing all take place up here. Baglietto incorporated good stowage, for both food service and other general needs. Baglietto also situated a helm station forward to starboard, recognizing how captains like being outside as much as guests do. An observation settee is opposite of the helm. Both seating areas can be shaded from a bimini extending out from the hardtop.

Monokini is indicative of Baglietto’s past, but she’s also firmly part of the future. The Italian builder plans to continue offering all-aluminum megayachts built for speed. In fact, a 46 Fast (151 feet) is among the new offerings. She promises performance up to 28 knots.