Home / Yachts / Motoryachts / Megayacht News Onboard: Only One, by Baglietto 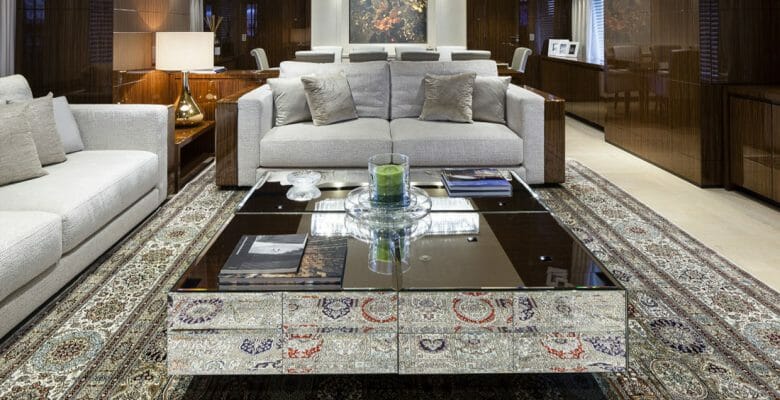 Sometimes tradition suits someone just fine. Such is the case with Only One. The 152-footer (46.3-meter), delivered by Baglietto, certainly bears her owner’s personal touches. Indeed, he was actively involved in the selection of materials throughout the megayacht. But, Only One also reflects the understanding that customary configurations are considered classic for a reason.

With four guest staterooms—two twins and two VIPs—below deck, separate from the main-deck master, Only One very much follows tradition. You’ll also find the saloon and dining area eschew barriers to one another, as seen above. The main-deck galley contains a dumbwaiter making service swifter to the sundeck, where there’s a barbecue complementing the alfresco dining spot. Movie nights are meant to be enjoyed in the skylounge, while active pursuits are meant to be enjoyed off the beach club. Only One naturally totes toys, but she also has a gym accessible right off the beach club. 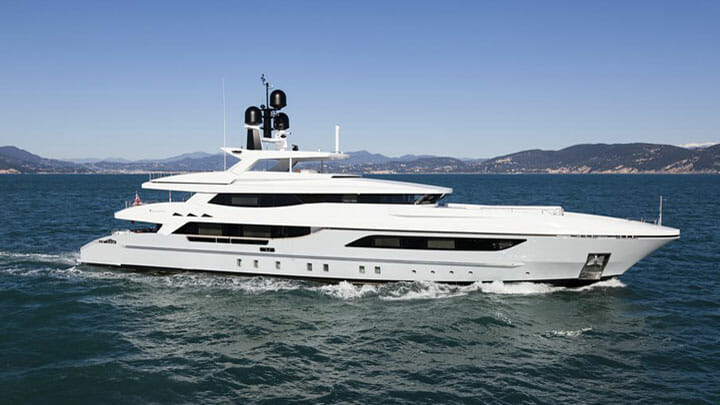 None of this is meant to imply that Only One lacks character. In fact, with Francesco Paszkowski Design and Margherita Casprini, the owner imbued her with serene sophistication. Sanded-oak soles are arranged cleverly, with alternating boards in some areas and marquetry in others. The owner of Only One wanted to echo the floors of country homes of eras past. The sophistication comes into play with glossy rosewood paneling, interspersed with mirrors to magnify light, and Jerusalem limestone. The 31-foot-beam (9.5-meter-beam) boat feels as airy as she looks.

At sea, Only One should prove more than capable of long cruises, in keeping with Baglietto’s tradition. Twin Caterpillar engines reportedly allow a 12-knot cruise. At that speed, the full-displacement megayacht should enjoy an equally traditional 4,500-nautical-mile range.

See? No need to reinvent the wheel. Tradition is time-honored for good reason.

Here’s more of Only One.