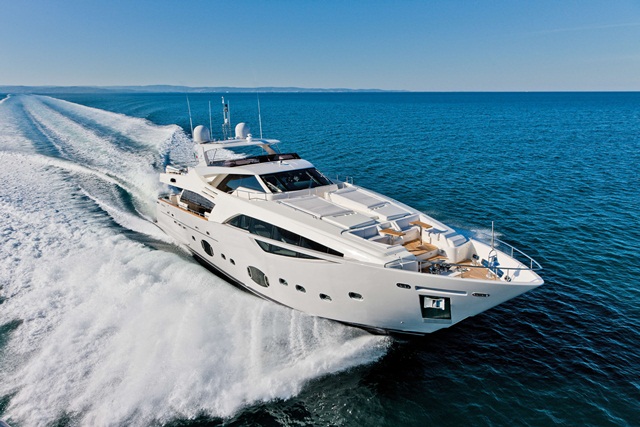 Allied Marine is expanding its activities for both charter and sales. To the latter point, the company is reviving a megayacht-specific sales arm. It’s now known as the Allied Marine-Ferretti Group Superyacht Division.

Allied Marine has long focused on brokerage sales, from its founding in 1945. In 2008, the Ferretti Group acquired the company, then known as Allied Richard Bertram Marine Group. The brokerage house marketed, sold, and serviced new and used yachts in a variety of LOAs. For megayachts, it established a division called the Platinum Yacht Collection. Understandably, megayachts from the Ferretti Group’s Custom Line and CRN were among its offerings. In recent years, however, the Platinum Yacht Collection branding fell out of use. Despite this, Allied Marine, as the parent company became known again, still sold brokerage megayachts.

The Platinum Yacht Collection is being re-created as the Allied Marine-Ferretti Group Superyacht Division. It comes following the hiring of Bruce Schattenburg. Schattenburg is a 30-year veteran of the yachting industry. He’s worked for a number of leading brokerage houses, handling sales and charter. He’s also a founding member of the U.S. Superyacht Association and on the board of directors of the Florida Yacht Brokers Association. “After admiring Bruce’s charter and sales acumen for the last 25 years, the opportunity finally presented itself for us to work together,” Jon Burkard, president of Allied Marine, says. “We are really excited to get somebody of his quality, ethics, and background to join our team.”