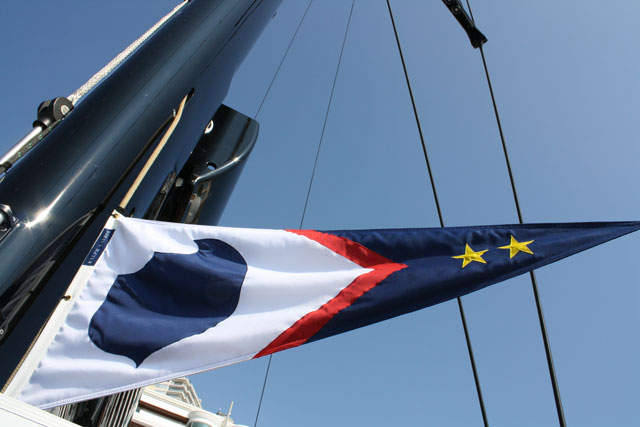 The Blue Marine Foundation was established in 2010 by the filmmakers who created The End of the Line. The documentary revealed the impact of overfishing. The foundation wants 10 percent of the world’s oceans protected by 2020. While ambitious-sounding, it could very well happen. In 2010, a bit more than just one percent was protected. Now, more than three percent is. “Marine conservation is underfunded,” says Chris Gorell Barnes (pictured below, at right), co-founder of Blue Marine Foundation. BMYC will allow megayacht owners, brokers, builders, marinas, and more to lend support. “Whether you’re an owner or a broker, your happiness depends on the ocean’s health,” he explains.

Y.CO, which helped arrange the official announcement of the BMYC at the Monaco Yacht Show last month, is supporting the cause. Charter-yacht guests can pay add-on rates, and marinas can support via supplemental berth rates. A few megayacht owners already support it, too. The owner of the new Wally Better Place received special recognition during the official launch, for example. He joins Sir Charles Dunstone, the UK-based founder and chairman of the Carphone Warehouse and owner of Hamilton, the first WallyCento sailing yacht. Better Place’s owner also joins Ernesto and Kirsty Bertarelli, the entrepreneurial couple behind the Team Alinghi sailing syndicate, among other things, and owners of Vava II, completed by Pendennis (started by Devonport Yachts). 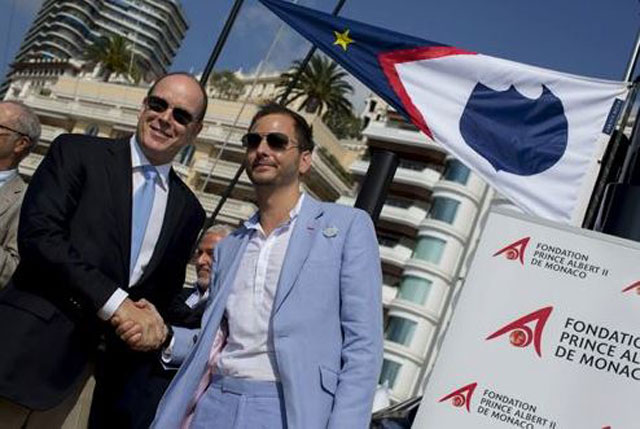 Megayacht owners who join BMYC further receive a special Blue burgee (pictured at top). Ralph Lauren designed it. Depending on the donation made, one two, or three stars will be on the flag. As an example, Gorell Barnes says that a donation significant enough to fund a marine reserve gets three stars.

Megayacht owners and industry representatives aren’t the only ones voicing support for the cause. In fact, Prince Albert II of Monaco (pictured above left) is supporting the Blue Marine Foundation via his own foundation. It focuses strongly on environmental matters. “It is necessary today to raise the yachting sector’s awareness, among others, of the need to undertake ethical and socially responsible behavior,” he says.

Dunstone agrees. “Owners owe it to themselves to get behind the BMYC cause,” he explains. “Firstly, in recognition that we can’t go on using the seas as a giant playground without putting something back; secondly, because it enables us to use our money and influence to make a tangible difference to the planet. And thirdly, simply because as yacht owners we love the oceans and recognize our responsibility to support their protection for future generations. I want my kids to enjoy clean, functioning oceans and I’m proud to be playing some small part in ensuring they can.”

“The BMYC is so much more than a yacht club, it has the potential to dramatically change the future of the world’s oceans,” Gorell Barnes says. “People feel they can’t help—but that’s just not true. Creating marine protected areas allow ecosystems to recover. This initiative, and the work that it will enable, will have lasting and significant impact—in our generation, and for generations to come.”