You are here: Home / Yachts / Associations / WRRDA, a.k.a. Highway Bill for Boaters, Signed Into Law 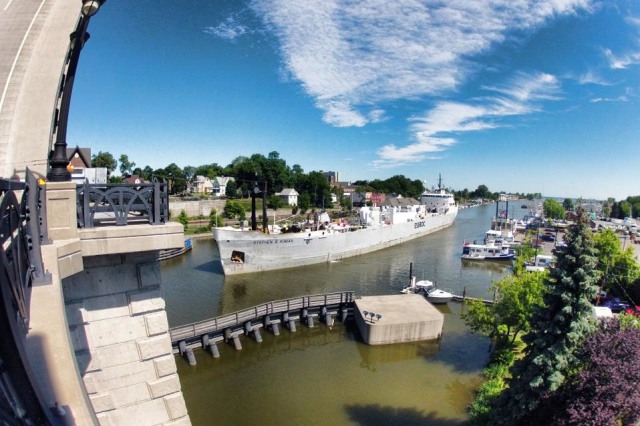 Good news for Yachts and megayachts cruising the Intracoastal Waterway, the Great Lakes, and more. President Barack Obama has signed the 2013 Water Resources Reform and Development Act (WRRDA) into law. This legislation has been nicknamed the “Highway Bill for Boaters.” Why? Because the WRRDA provides much-needed funds and maintenance for dredging, inland locks, and coastal regions. In other words, the WRRDA is focusing on the waterborne highways that yacht owners (and of course cargo transportation) rely upon.

The WRRDA had bipartisan support. The sponsors were Rep. Bill Shuster (R-PA), Rep. Nick Rahall, III (D-WV), Sen. Barbara Boxer (D-CA), and Sen. David Vitter (R-LA). The WRRDA was also active advocated by the U.S. Superyacht Association (USSA), BoatUS, and other marine-industry groups. “Deep-water ports, well-maintained lock and dam infrastructure are two key elements that support the estimated $6-billion superyacht industry in the United States,” the USSA states, in a statement provided to Congresspeople in May. “Consequently, increasing the opportunity for more large recreational vessels increases this sector of the economy.”

“Maintenance dredging for small harbors and shallow-draft channels has been chronically underfunded,” David Kennedy, BoatUS government affairs senior program coordinator, states. “In addition, funding for infrastructure such as jetties and some inland navigation locks has been significantly curtailed.”

The WRRDA Act instructs the U.S. Army Corps of Engineers to take action on a number of issues. It must consider factors besides total tonnage shipped for dredging funding decisions. The WRRDA also requires that a minimum of 10 percent of the value of operation and maintenance funds be directed to waterways characterized as emerging harbors, or ones handling less than 1 million tons of cargo annually. Finally, the WRRDA requires the Army Corps to report the maintenance needs of the Intracoastal Waterway to Congress.

Further significant, the WRRDA classifies the Great Lakes as a single navigation system, a first. This should permit funds be directed toward dredging small harbors. Furthermore, the Army Corps of Engineers must now study more ways to generate revenue for the Inland Waterways Trust Fund. Related to this, the agency must consult recreational boat and yacht owners with others who use the waterways.

Even with the signing of the WRRDA into law, there are still concerns. The Obama administration’s FY 2015 budget calls for a 32-percent cut in the Army Corps’ construction funding. This would severely hamper the agency’s ability to act on necessary projects. The USSA and other industry groups are continuing to urge Congress to support full funding of the Army Corps.