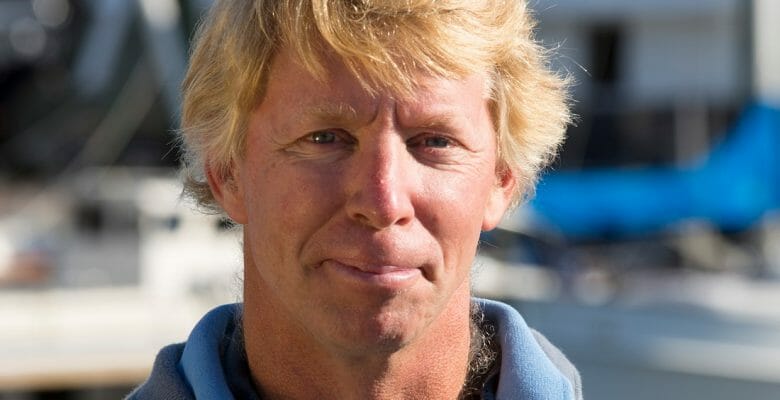 As the president and general manager of Front Street Shipyard in Belfast, Maine, which opened in 2011, JB Turner has put the region on the megayacht map. His extensive yacht-building knowledge and his personal rapport with owners and yacht crew alike have earned him an enviable reputation. That, along with the business savvy he and fellow Maine-based boatbuilders have, helped turn a derelict sardine canning site into one of the U.S. East Coast’s largest refit and construction yards. Here, Turner shares how Front Street Shipyard got started, and where it’s headed.

MegayachtNews.com: What stimulated your initial interest in boats and yachts, and what convinced you to pursue a career in yachting?

JB Turner: I was lucky enough to have a lot of opportunities to be involved in boating, which ultimately paved the way for my career. I grew up in Noank, Connecticut, where I was active in the local club sailing program. Throughout college I spent summers managing a charter boat fleet for the boatyard in Stonington. Once I graduated I was promoted to assistant yard manager, and within a year I was the yard manager running a crew of 30 people. I have to give credit for some of my success to all the people who encouraged me to learn a lot from a young age, and I’ve stayed motivated to build on that body of knowledge for the past 30 years. In particular I’ve honed my skills in the custom boat building process because its applications are so useful in areas of service and support as well.

MegayachtNews.com: The property where Front Street Shipyard sits was formerly a sardine processing plant. Not everyone is able to envision anything other than what sits literally in front of them, so how did the idea of creating a shipyard start, and when?

JB Turner: The idea began to take shape in 2010 among Steve White of Brooklin Boat Yard, Taylor Allen of Rockport Marine, and me. Belfast always seemed like an ideal location for a yacht yard because of its location on Penobscot Bay, one of the greatest cruising grounds in the world. That particular piece of land caught our eye because it was flat, included expansion possibilities and had deep-water access. After a condominium project failed, we began an eight-month negotiation process with the previous developers that resulted in a sale. We ultimately assembled an experienced, savvy group of owners who invested in the property and the idea to make Front Street Shipyard happen.

MegayachtNews.com: A number of significant refits have taken place at your yard. Were any projects particularly challenging, or proverbial feathers in your team’s cap? What made them that way?

JB Turner: We’ve had several excellent refit projects. The one that stands out for us on many levels was the 106-foot Burger Stoneface, from 2011 to 2012. The owner and captain had a lot of faith in Front Street Shipyard; they agreed to a refit before we had even erected a building on the property. The project included a complete rewire of the boat, a paint job, an engine-room overhaul, a rebuild of the crew area, and more. Our newly assembled team worked together eagerly and efficiently to deliver the best possible boat we could. From then on we knew we could take on anything. We’ve proven that with our subsequent refits like Asolare, Symmetry, Taka Puna, Magic, etc.

MegayachtNews.com: I know you’d like to expand into new construction, and have shown some of Ward Setzer’s New American Motoryacht designs to your clients. Do contracts seem likely?

JB Turner: I truly believe we’ll see contracts for custom projects in our near future. We’ve already set up a production shop in a nearby town where we’re building 29- to 46-foot boats. Our refit work has been very comprehensive and the projects keep coming. Plus our service and storage department—including our marina—is busy. These are all signs that the custom market will be coming back. We’re ready for custom construction here at Front Street Shipyard, and we think the owners are now, too.

MegayachtNews.com: The super-size superyachts attract a lot of interest. Do you anticipate Front Street Shipyard eventually expanding its focus past 200 feet? If not, what do you consider the “sweet spot” in terms of refits and new builds?

JB Turner: We’ll likely take on refit projects that exceed 200 feet occasionally, but we feel most efficient in the 90- to 160-foot range. We have plans to build one 240-foot shop bay in the future, but I imagine that most of the time we’ll have multiple projects going on in there instead of one super-sized one.

MegayachtNews.com: Despite Americans being many of the buyers having returned to the marketplace, they’re building overseas, not stateside. Why do you think that is?

JB Turner: I ask myself that question often, and I discuss it with people in our industry around the world. A lot of new boats under construction in Europe are aluminum, and in America we tend to gear ourselves towards composites, which may affect owners’ decisions. But I think there’s more to it. There really aren’t a lot of yards in the U.S. now that are both capable of and actively seeking new constructions. I hope Front Street Shipyard presents a new option for American owners—and international buyers as well. We have a remarkably talented workforce and an efficient facility so we can produce a high-quality product at a competitive cost. While there are locations in Europe with a revered history in boatbuilding, Maine has centuries-old reputation for exceptional talent that we’re currently capitalizing on with refit work. Our builders are hungry for a challenge, and we’re waiting for the right owner to present us with the new construction project that will allow us to show off our incomparable craftsmanship.