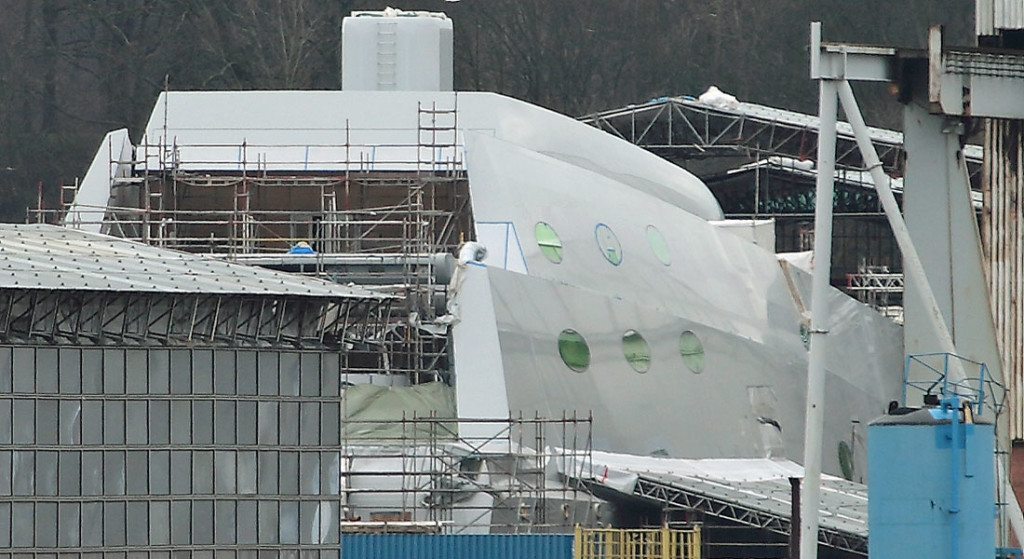 UPDATE, SEPTEMBER 6, 2015: A representative for the owner has informed us that “White Pearl” was never formally attached to this project, adding that the team does not know where it originated. Because it was so widely used by multiple sources and media, including us, dating back to last year, we have kept that name in our original posts below, but amended the copy to reflect it being a rumored reference. We have also added “sailing yacht A” to the headline here, since this is the true name for the yacht.

UPDATE, AUGUST 27, 2015: Philippe Starck’s office has publicly confirmed its role in the styling of the sailing superyacht. Furthermore, as has been widely rumored for many months, the owner is Andrey Melnichenko, who also owns the famous (some say infamous, due to her unusual styling) motoryacht A. Interesting enough, this sailing yacht will bear the same name. (Let the confusion begin!) Sailing yacht A should conduct sea trials later this year.

UPDATE, JUNE 12, 2015: UK-based Magma Structures, a composites company, has delivered what are likely the masts for the megayacht. One is pictured below. They’re the tallest freestanding masts constructed of carbon composite and took more than three years to go from engineering to completion. While Magma Structures does not specify their height, the cantilevered masts were designed by Dykstra Naval Architects. They weigh about 50 tons and can reportedly handle bending loads of more than twice the load on the wing of a Boeing Dreamliner plan. In addition, each mast will rotate via systems on wing-like structures emerging from them, which Magma Structures says increased the complexity of the project. Fiber-optic sensors inside will provide the crew with real-time load data all along the rigging plus past data details so that they can optimize sailing performance. 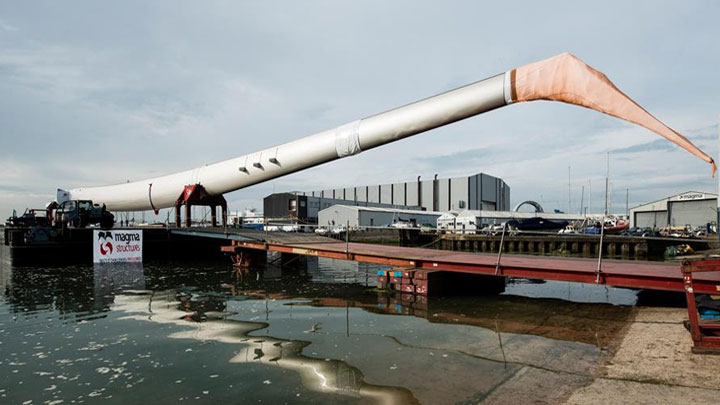 Read on for another update from May, and then the original article.

UPDATE, MAY 12, 2015: White Pearl moved several days ago by Nobiskrug out into an open area of the shipyard, as seen below. Over the past month, the scaffolding that had been surrounding part of her was dismantled. While more work remains, you can now better appreciate her unusual lines. Note particularly the wealth of windows in her superstructure. They, and the overall design, match an illustration that we and other members of the media have seen that purports to show what the yacht will look like when finished.

Our original story is below. 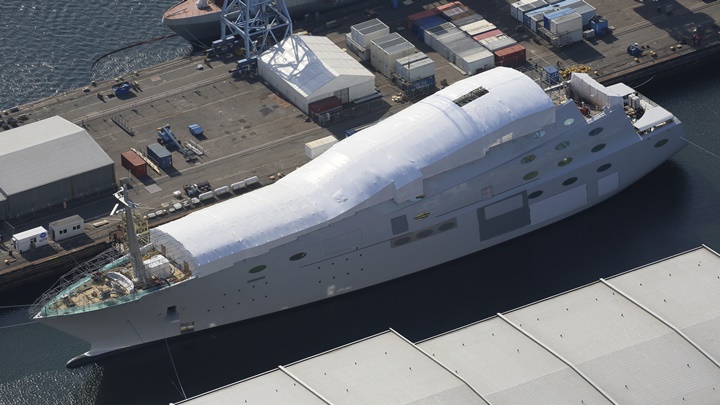 One of the most secretive superyachts—and one of the world’s largest sailing superyachts, to be specific—just became visible, though barely so, in Germany. She’s rumored to be named White Pearl, in build at ADM Kiel for Nobiskrug. (Both yards are owned by Abu Dhabi Mar Group, whose initials are incorporated into the ADM Kiel name). The yacht is barely visible because, as the photo here shows, the public can glimpse only a small part of her overall structure, and from a distance. A zoom lens captured this view.

There has been so much secrecy surrounding White Pearl that there’s little known about her.

Even her LOA seems to be up for debate. Some media reports have White Pearl coming in at 482 feet (147 meters). However, others have her closer to 459 feet (140 meters). We tend to believe the latter is true. This is based on details posted on public websites by people previously associated with the build. One such person indicates her beam is 79’10” (24.38 meters) and draft is 26’2” (8 meters).

What we do know for certainty is that construction began in March 2012. She features metal construction, not carbon fiber, even though the latter is increasingly popular with sailing yachts. Aluminum and steel still hold great sway in the megayacht market, particularly the upper end where White Pearl fits in. This can be contributed to a number of factors. For instance, the shipyards addressing the 328-foot (100-meter) and up size range are more than familiar with metal. 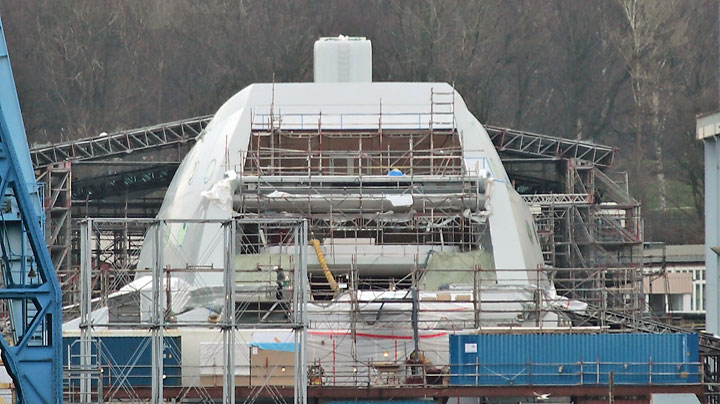 This isn’t to say that a project along the lines of White Pearl is a simple build. Considering she is also a sailing yacht, what will be an enormous sailplan and the heavier loads that come with it need to be carefully calculated, monitored, and contained.

Many people in the yachting industry believed that project White Pearl would conduct sea trials this year. Judging from the photo, a good deal of work remains to be done before that occurs.

Whenever she’s ready to hit the water, White a Pearl will be one of the biggest sailing superyachts in the world. Two other huge sailing yachts are in build right now. One is Dream Symphony, measuring 462’6” (141 meters) and slowly progressing in Turkey. The other is Solar, a 354-footer (108-meter) in build at Oceanco.