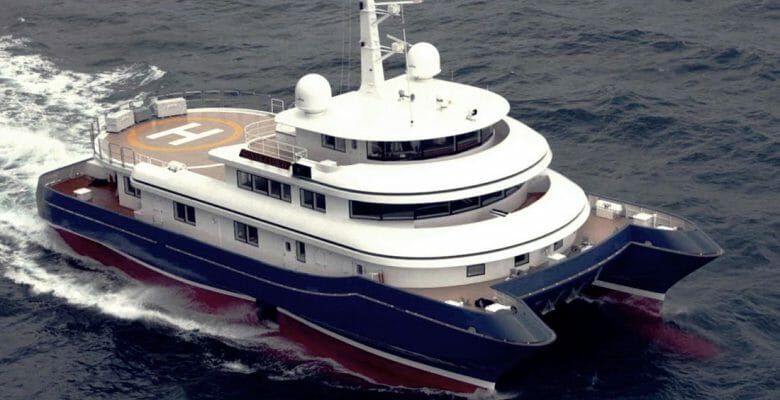 Every year the International SeaKeepers Society honors a person who has made significant contributions to ocean conservation. This fall the SeaKeeper Award is being given to Alexander W. Dreyfoos (below), a longtime yacht owner. 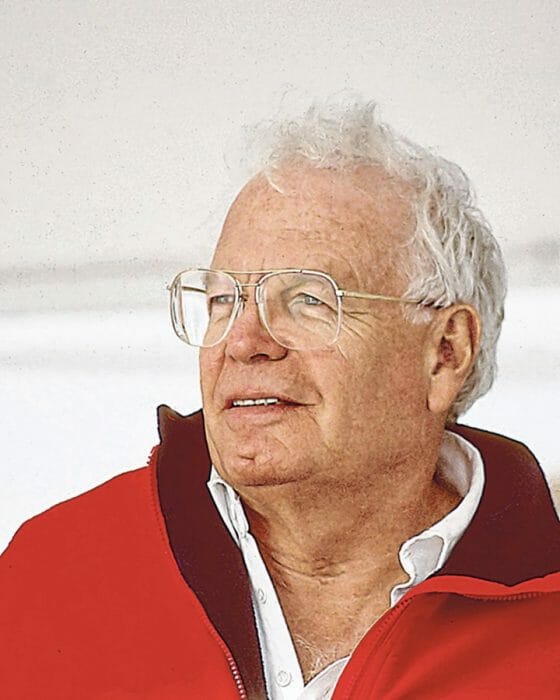 While some may not recognize Dreyfoos’ name, surely they’ll recognize his current yacht. Silver Cloud (above) was built by Abeking & Rasmussen in 2008. Silver Cloud is a SWATH, an exceptionally stable configuration meant for service in rough seas. SWATH stands for Small Waterplane Area Twin Hull. It incorporates two “submarine” hulls that are attached to the rest of the vessel’s structure via two narrow struts. The submarine hulls bear most of the responsibility for buoyancy and therefore, in combination with a wide beam, make the yacht as a whole far less susceptible to uncomfortable motions. Dreyfoos was inspired to commission Sea Cloud in this fashion due to his wife Renate’s susceptibility to sea sickness. Sea Cloud has happily ventured near and far over the past eight years.

Dreyfoos’ passion for yachting is matched by his love of the underwater environment. He’s a founding member of the International SeaKeepers Society (it was established in 1998). Prior to that, Dreyfoos funded ocean research for many years. And, since 1950, he’s been using photography equipment, some of which he helped create, to capture stunning images of sea life. (Dreyfoos holds 10 patents for photographic technology and electronic equipment. He’s also an Oscar recipient for his contributions to filmmaking.) In fact, last year he published A Photographic Odyssey: Around the World With Alexander W. Dreyfoos. The book contains photos he personally took over the course of 63 years—photos from among more than 100,000 to his name. They include underwater vistas in the Red Sea and South Pacific.