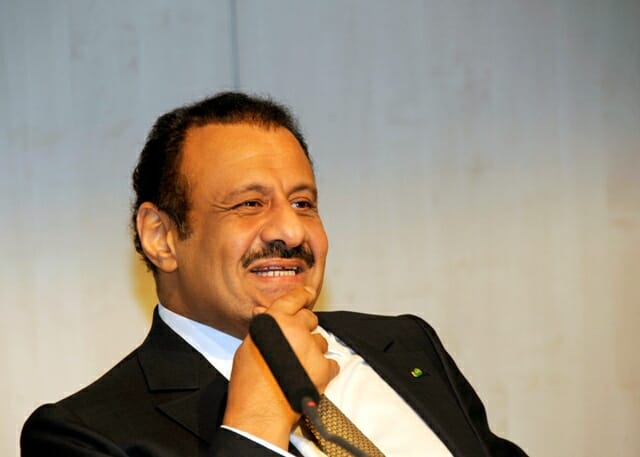 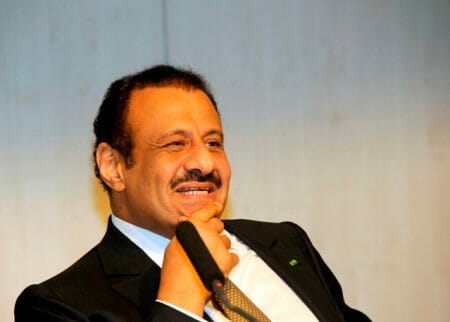 Prince Khaled bin Sultan is not your ordinary yacht owner. Besides being a member of the Saudi Arabia royal family, he is a passionate conservationist. “As a young boy in Riyadh, I spent some time wandering the desert, and was surprised to find the fossilized remains of sea creatures,” he explains. “I realized then that much of the flat, endless desert of Arabia was in fact an ancient seabed.” Many years later, as he enjoyed cruising and diving trips, he began learning more about the threats the oceans and ocean life faced. He founded the Living Oceans Foundation in 2000.

In this interview exclusive to Megayacht News, His Royal Highness explains how the Living Oceans Foundation supports preservation efforts, and how a variety of his megayachts play a vital role in scientific expeditions. He also gives insight into a five-year world cruise that he and the organization have just embarked upon, to study coral reefs.

Q: Why did you form the foundation? And, why establish it in the United States, rather than your native Saudi Arabia or another nation?

A: In the 1990s, Golden Shadow was being built in San Diego, California. Golden Shadow is known as a “shadow boat” in the yachting industry; hence the origin of her name. She is 219 ft in length overall and serves the role of a logistical support vessel for my yacht, the Golden Odyssey (below, with Golden Shadow visible to top left). When Golden Shadow was being designed and built, my advisors realized that the potential of this very capable and unique ship went well beyond the role of just a shadow boat. We contacted Scripps Institution of Oceanography (SCRIPPS), located just north of San Diego, and asked the operations manager if their institution might have an interest in using the Golden Shadow as a supplemental research ship as opportunity allowed. Of course SCRIPPS was very interested because research ship availability is never sufficient to satisfy scientific needs. I was pleased to be able to provide another opportunity to advance oceanographic research, since I have had a love of the oceans since I was a small boy. Many people falsely believe that the Kingdom of Saudi Arabia is a land-locked nation. This is far from reality, and Saudi Arabia is flanked by both the Arabian Gulf and the Red Sea. Over these early years of Golden Fleet operations, the Golden Shadow hosted many oceanographers and contributed to the advancement of science. However, I wasn’t fully satisfied with simply allowing various scientists to use the ship and wanted more focus and structure. That was my incentive for establishing the Khaled bin Sultan Living Oceans Foundation. Now I am able to be personally involved in deciding which area of oceanography to focus on and which projects we choose to pursue. I decided to base the Foundation in the United States to foster relations between the USA and the Kingdom of Saudi Arabia, and I wanted the Foundation to have a global impact. 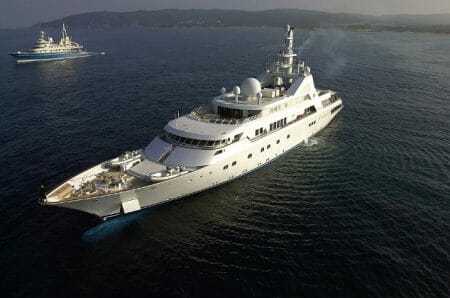 Q: Explain the idea behind “Science Without Borders.”

A: I have always admired Doctors Without Borders/Médecins Sans Frontières (MSF), which you probably are aware is an international medical humanitarian organization. When I established the Living Oceans Foundation, I thought that we could extend that concept to the world of science so we registered the trademark Science Without Borders in the USA, EU, Australia, and in the Kingdom of Saudi Arabia. All of the Foundation’s operations involve international and local scientists working side by side to advance scientific progress. Science Without Borders is registered to the Foundation for financial sponsorship of marine-conservation programs and scientific research and to promote public awareness of the need to preserve, protect, and restore the world’s oceans and aquatic resources.
(story continues on next page; please click Page 2 hyperlink beneath Related Posts)