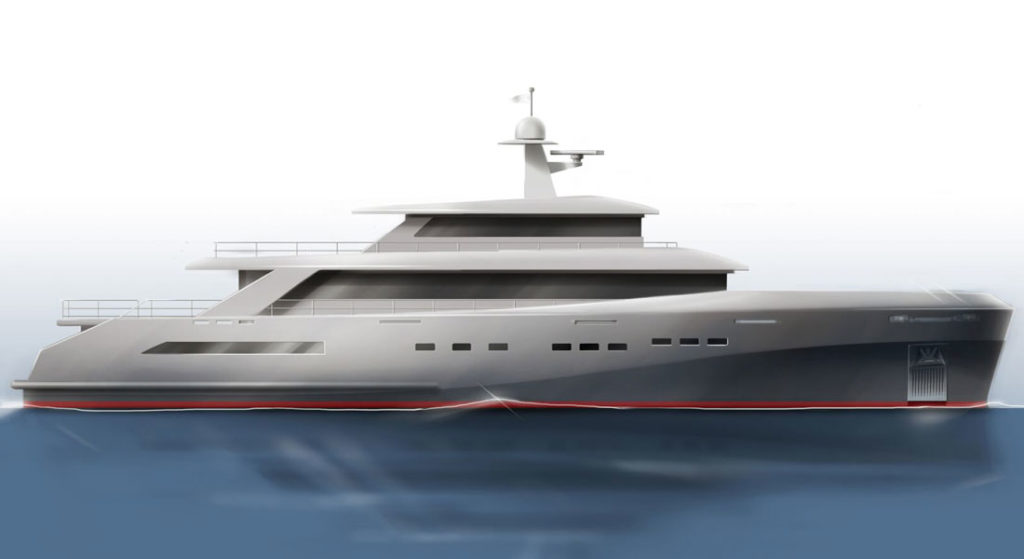 What if you could work with a designer to style a superstructure from scratch, even though the project is semi-custom? It’s a far more personalized experience than semi-custom builders offer. Then, what if you had full support in crew hiring, yacht management, and more, lasting a few years after delivery? This is the idea behind the K Series of yachts ranging from 118 to 148 feet (36 to 45 meters).

The K Series concept comes from Floating Life, which manages, sells, and charters megayachts. Andrea Pezzini, founder and CEO of Floating Life, says he chose “K” to represent two primary things. First, “K” stands for “keel.” That’s because every K Series yacht has an already-tank-tested steel hull design and planned-out technical platform. The engineering and naval-architecture work are by Studio Sculli. While so-called standard cruising is the idea, you can opt for reinforcement for light-ice conditions.

Second, “K” is symbolic of specialness. (In numerology-like circles, “K” conveys creativity, strong will, and influence.) You can request a two-deck, super-sleek profile, a go-anywhere trideck, or anything in between. Further to the point, Floating Life is offering a full-service package in the contract price. It will help you select the builder and set up a corporate ownership structure. Floating Life will also manage flag and classification registration, plus arrange surveys during construction. The concierge team starts planning voyages for your consideration, too—especially if global travel is on your wish list. Come delivery, crew selection and management take place, as do fiscal and administrative management duties. If you wish to charter your yacht, Floating Life will handle that as well. All together, the managerial duties continue for four years after your K Series superyacht hand-over. 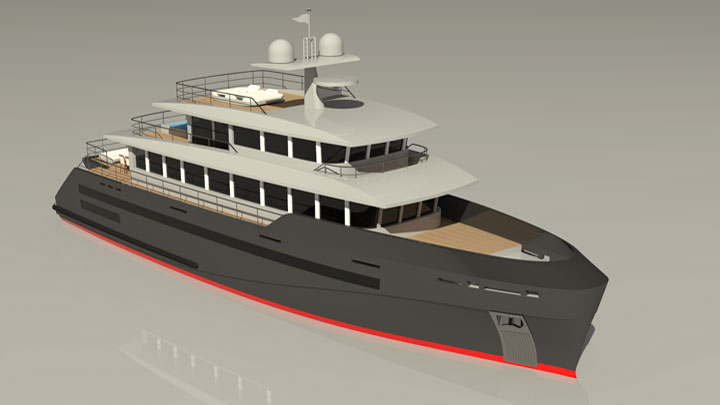 If the K Series sounds familiar, we’ve written about two projects in recent months. One is the 131-foot (40-meter) K40, at CCN. The owner is an Italian who wants to carry a big tender on the aft deck, yet also use that deck for big parties on occasion. He’s additionally reserved the entire upper deck to himself. The other project is the 138-foot (42-meter), expedition-oriented K42, which we now know is in build at Cantiere delle Marche. An American commissioned her for navigating in ice, as well as warmer waters.

At the Monaco Yacht Show in September, Floating Life announced that the overall K Series is expanding to include two more models. And, all models can feature superstructures styled according to buyer preferences. Those extra models: the K36 and K45.

The 118-foot K36 is ideal for globetrotters. She promises a range of 5,400 nautical miles at 8½ knots and a cruising speed of 12 knots. Power comes from twin Caterpillars. She’s somewhat of a reduced-size version of the K40 as a result. Based on her performance, this K Series project is well-suited to styling as an expedition yacht, as seen just above. Note the high bow and purposeful lines. (Again, Studio Sculli will customize them as per your wishes.) As for the 148-foot K45, seen at the top of the page, one suggested look is sleeker, sportier. The smaller deckhouse calls attention to her longer length. The same anticipated range and technical platform as the K36 apply. However, she’ll cruise at a slightly higher 13 knots.