You are here: Home / Yachts / Motoryachts / Riva 50M Hull on the Move, in Pictures 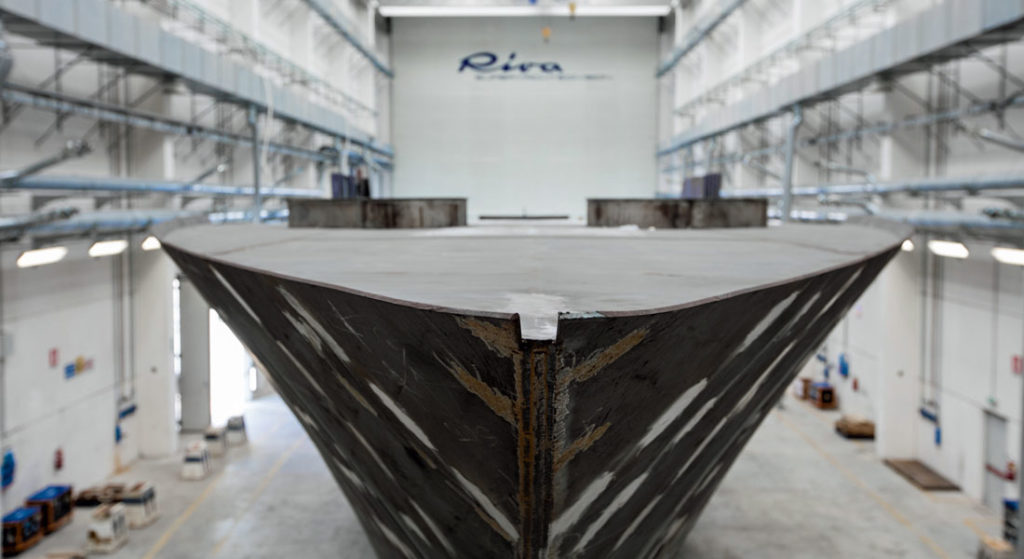 Sometimes, seeing just part of a megayacht, and it out of the water, puts the size into perspective. Having it occur under the dark of night gives it a different dimension, too. At the end of February, Riva transferred the hull of the very first Riva 50M into her purpose-made completion shed. As you would expect, the builder documented the whole historic process.

Being the first project in the Riva Superyachts Division is significant. Also notable, the Riva 50M is the first steel yacht for the brand. The hull further has a beam of 29’5” (9 meters). The superstructure, still in development, is naturally made of aluminum. They’ll come together later this year in the completion shed in Ancona, Italy. In fact, the shed is on the same premises as Riva’s sister brand, CRN. A section of CRN’s property is now devoted to megayachts for fellow sister brands Custom Line and Pershing, too. 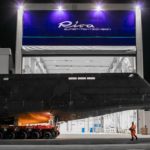 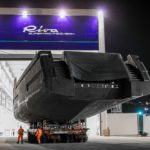 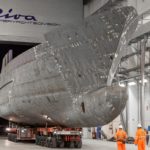 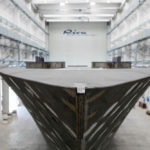 The Riva 50M, like all other Rivas, bears design by Officina Italiana Design. The studio is collaborating with two in-house teams, too. One is exclusive to Riva, and one is from its parent company, the Ferretti Group. The designers gave her four decks, with accommodations for an owner’s party of 12. One VIP stateroom joins the master suite on the main deck. The other four guest staterooms, meanwhile, sit below decks. The Riva 50M houses eight crew below decks as well, placing the captain’s cabin by the wheelhouse.

Plenty of alfresco relaxation spaces sit aboard the megayacht, of course. They range from the hot tub on the sundeck to the beach club at the transom. The beach club doubles as a tender garage. The standard toy here is a Williams Dieseljet 625. However, you can keep two PWCs on the foredeck.

On a side note, the Riva 50M hull transfer coincided with a special occasion: the birthday of Riva’s founder Carlo Riva.

Look for the Riva 50M to launch next year.