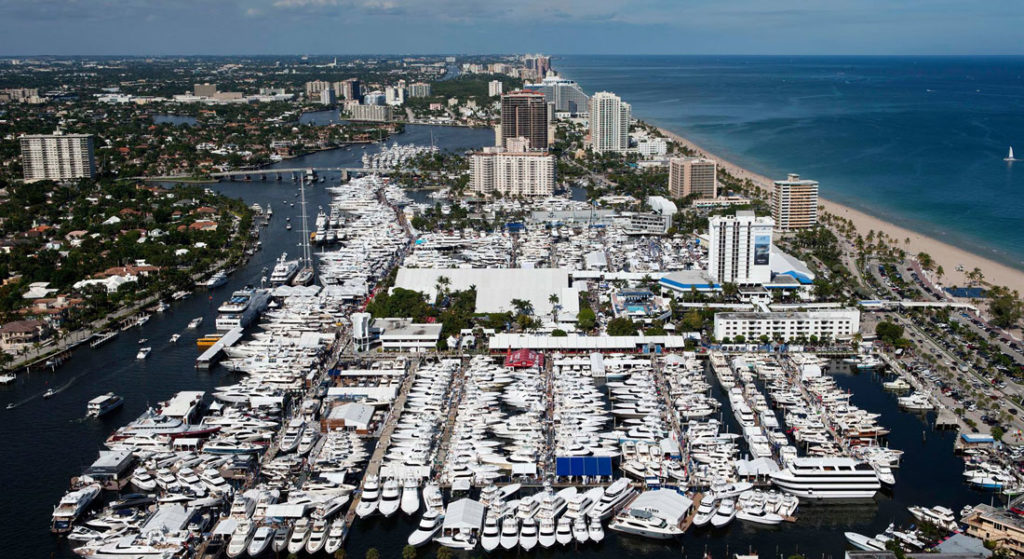 For its 58th anniversary, the Fort Lauderdale International Boat Show is moving things up a bit. Nicknamed FLIBS, it will start and end a day earlier than traditionally done.

This means that FLIBS will kick off on Wednesday, November 1 and conclude on Sunday, November 5. Normally, the show starts on a Thursday and wraps up on a Monday. In fact, the dates originally announced for this year were Thursday, November 2 through Monday, November 6. However, “strong industry feedback supporting an earlier event” led to the switch. This, according to Charles McCurdy, chief executive of the Global Exhibitions division of Informa. Informa acquired Show Management, which produces FLIBS, just last month.  He adds, “We worked diligently with all stakeholders involved, including exhibitors, venues, local hoteliers, and the MIASF to ensure a seamless transition.” (MIASF is the Marine Industries Association of South Florida, which owns the show.)

Phil Purcell, MIASF’s CEO and president, concurs. “In today’s world of financial transactions, it is no longer necessary to use Monday as a banking day.” He adds, “With more frequent client visits and exhibitor opportunities on Wednesday, we think it’s in the best interest of both exhibitors and consumers to activate the Wednesday of show week and deactivate Monday.”

The new Wednesday start and Sunday conclusion will carry forward for FLIBS after this year, too.

FLIBS is renowned as the world’s largest in-water boat show. Last year, for example, nearly 1,500 boats, yachts, and megayachts were on display. FLIBS attracts the most megayachts outside of the annual Monaco Yacht Show, too. Furthermore, overall exhibits, from yachts to gear, span seven locations, comprising more than 3 million square feet of space. In addition, show organizers say about 1,000 exhibitors representing more than 30 countries regularly attend. This past fall, show organizers add, nearly 100,000 visitors from around the world came as well.