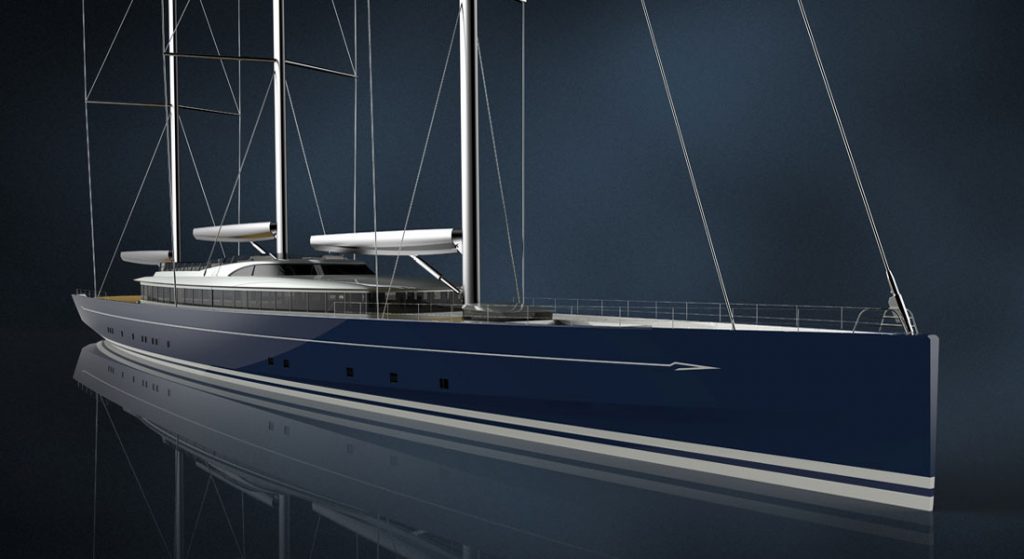 We’ll have to wait a while to see this record-setting schooner under sail. But, she’ll actually set two records upon delivery. First, she’ll be the world’s largest all-aluminum sailing yacht. Second, she’ll be the largest sailing superyacht delivered by Royal Huisman. For now, she’s called Royal Huisman Project 400.

Keel laying occurred in June on the 266-footer (81-meter), commissioned by an Asian client. Royal Huisman reconfigured its biggest construction hall to accommodate her. Even though some may believe Athena, at 295 feet (90 meters), is the largest Royal Huisman to date, the bowsprit is what lends that length. Her hull is actually 259 feet (79 meters). 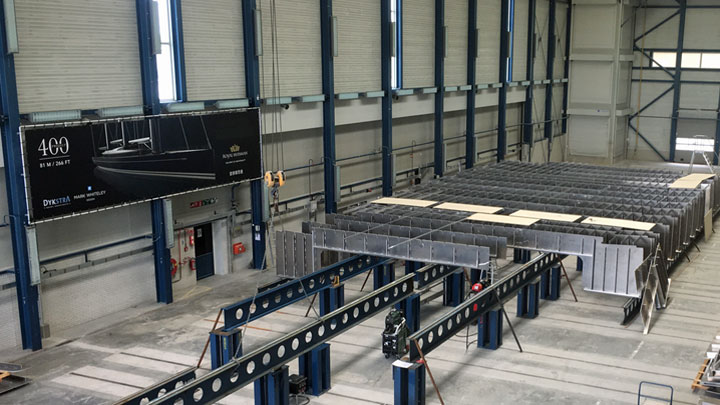 For complementary styling, the owner tapped Mark Whiteley Design to work with Dykstra Naval Architects. Project 400 looks sleek, and ready to point her bow toward an adventure. Guests can talk those adventures over with the captain on the flying bridge, where seating comes together around the helm. An additional steering station sits inside, on a partially raised bridge. Better yet, Project 400 has a hydraulic crow’s nest. (We can just envision someone pointing toward shore and shouting, “Land ho!”) 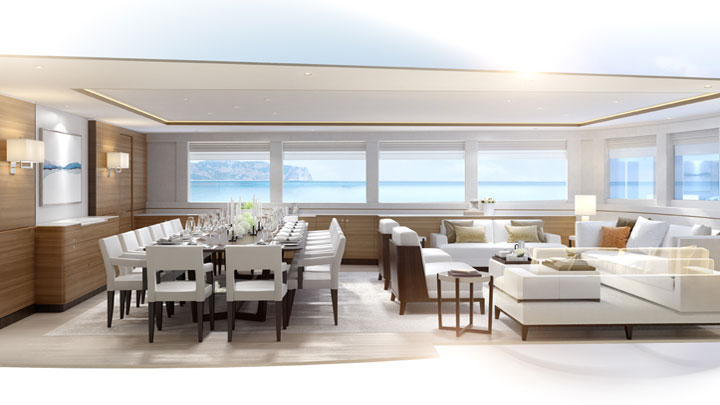 Overall, while Project 400 will serve both business and personal needs, the personal part seems prioritized. That’s because the schooner will have a fully stocked toy garage. She’ll tote a tender with dive gear, kayaks, stand-up paddleboards, and underwater scooters. The crew tender bay, meanwhile, situated toward the bow, will double as a crew cockpit when the boat is in the water.