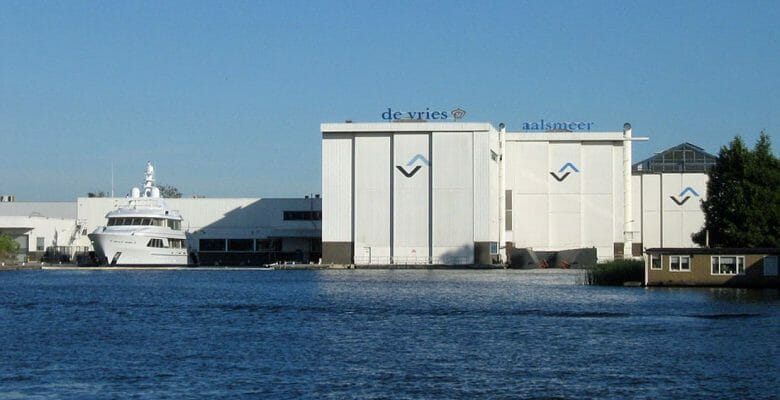 Given other Feadship launches and deliveries of late, YN701 may strike you as being somewhat small. After all, she’s “only” 167 feet (51 meters) in length. No matter. She handily passed through the locks leading from her hull and superstructure construction site in Slob, The Netherlands to the Royal de Vries yard in Aalsmeer this week.

The major milestone for the megayacht is about all we can share with you, at least for now. Feadship hasn’t previously disclosed details on her, due to the client’s wishes. Local Dutch media reports, though, state that YN701 bears the code name Project Promise. They also report interior design is by Bannenberg & Rowell Design.

Whatever her true name, due to her stage of construction, the megayacht should be ready for delivery in 2018.

Once again, the yacht enthusiasts from the Dutch Yachting social media channels captured footage on their local waters. Here’s their time-lapse look at the transfer of YN701. Note that in the video still shot below, and toward the end of the video, at the Feadship Aalsmeer yard, another megayacht appears. Dutch Yachting identifies her as Samaya, measuring 226 feet (69 meters).