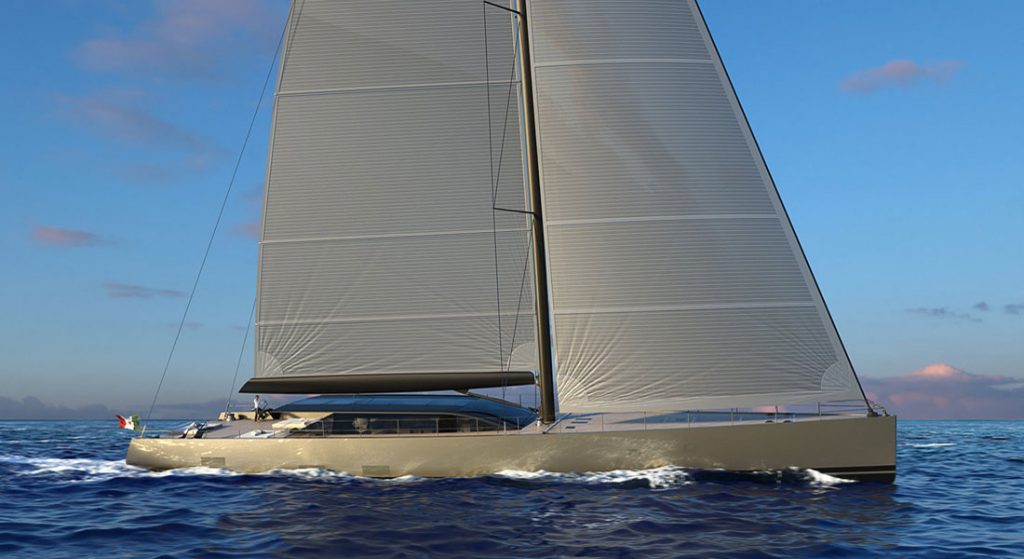 Several superyacht builders have turned to hybrid propulsion to help owners be greener, and leaner in efficiency. Perini Navi is the latest, doing it in an unusual way. It’s offering the E-volution sailing superyacht as well as the Eco Tender. The latter is a motoryacht that could easily be a primary yacht.

While Perini Navi officially unveiled the 138-foot (42-meter) E-volution at a press event today, it briefly informed media of the project during the Monaco Yacht Show in September. Back then, it mentioned having a letter of intent. That news came during the same announcement that Perini Navi was dropping the Picchiotti brand. The builder described the aluminum sailing yacht as a sleek, fast cruiser. She’s fitted with a lifting keel, so draft varies from 11’5″ to 18 feet (3.5 to 5.5 meters). Furthermore, bearing a 31-foot (9.53-meter) beam, she suits eight guests. Six crew will assist the captain.

Even with today’s announcement, however, there’s not much detail about the propulsion system. Perini Navi only says that it combines an electric motor with a single diesel engine. The builder does, though, anticipate the E-volution concept appealing to “a new generation of owners seeking impeccable design, simple sailing, and performance.” Long-distance cruising is a priority, too. 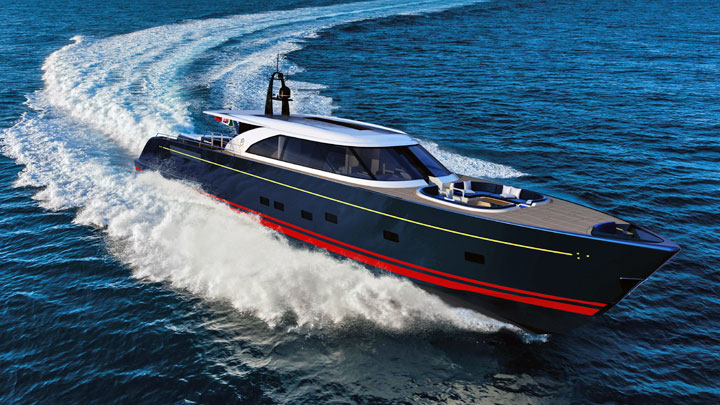 As for that design, Jim Pugh of Reichel/Pugh penned the E-volution. Pugh has extensive experience in racing and, of course, sailing yachts. But, this is a first-time collaboration with Perini Navi. The looks are certainly more contemporary than what typically comes from the famed Italian builder, known for flybridge cruisers.

Just as there’s no detail on the propulsion system, Perini Navi has provided little about its other new project, the Eco Tender. This 82-foot (25-meter) motoryacht comes at the request of a Perini Navi owner who wants a hybrid tender/sistership. The owner wanted a Perini Navi feel for the yacht. Therefore, she bears styling from the shipyard’s team. Inside, the all-aluminum Eco Tender has three staterooms, plus one crew cabin. No interior designer is named, though. As for performance, Perini Navi anticipates a range of 350 nautical miles at 25 knots, the cruising speed. Top speed should be 30 knots. But, the builder has not disclosed details on the propulsion system.

Despite few facts, one quite interesting fact is available. The Eco Tender will have two drones, specifically for scouting out anchorages and remote spots of interest.