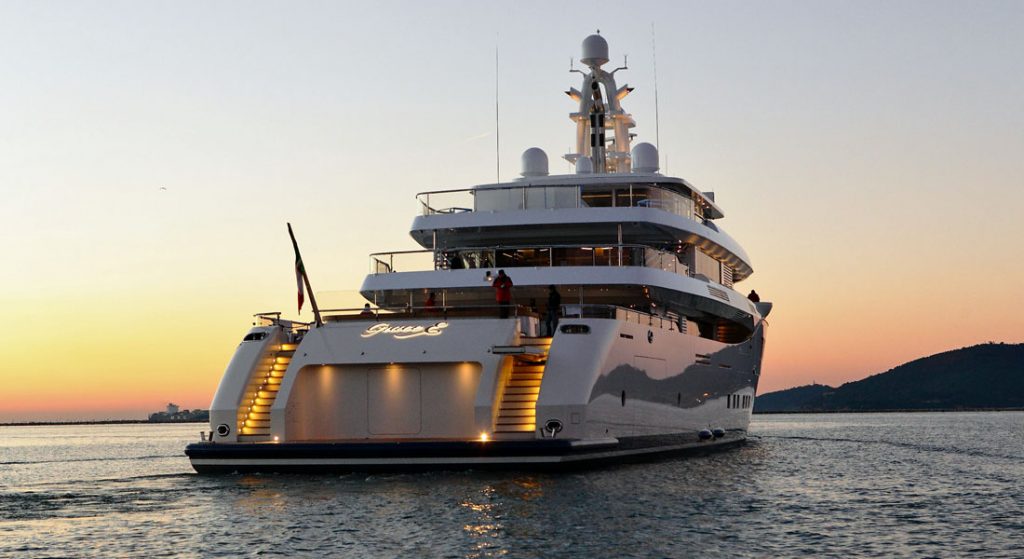 Establishing a brand identity is crucial to a business’ success. Even when a name has been around for centuries, though, confusion can arise. That’s among the reasons why Perini Navi decided to eliminate the Picchiotti brand. For now on, all yacht projects, power and sail, will carry the Perini Navi name.

Perini Navi announced the news at a press conference during the recent Monaco Yacht Show. If you’re not familiar with Picchiotti, it’s an Italian shipyard dating back to 1600. Commercial ships emerged in the early days. However, luxury motoryachts helped Picchiotti rise to prominence among consumers in the late 20th century. Perini Navi bought the yard in the early 1990s, a few years after Picchiotti had ceased operations, as part of an expansion. That expansion included the Vitruvius Yachts motoryachts, designed by Philippe Briand. Grace E (above) is one of three completed motoryachts to date. Her owner took delivery in 2014. (In case you’re wondering, the other two power megayachts are Galileo G and Exuma. Their delivery dates were 2011 and 2010, respectively.)

You’ll learn more about the decision-making process in the October edition of the MegayachtNews.com newsletter. You’ll also read about the FunAir Playground, an inflatable watertoy whose recent redesign is delighting even more owners and charter guests. And, you’ll learn about a Coast Guardsman who received prestigious honors for saving six people on a sinking pleasureboat—two of whom were trapped inside, with no means of escape.

If you’re not already among the 1,200+ people who subscribe to the MegayachtNews.com newsletter, sign up below. We’ll make sure you start receiving it each month, beginning in a few days.

Thanks for signing up!