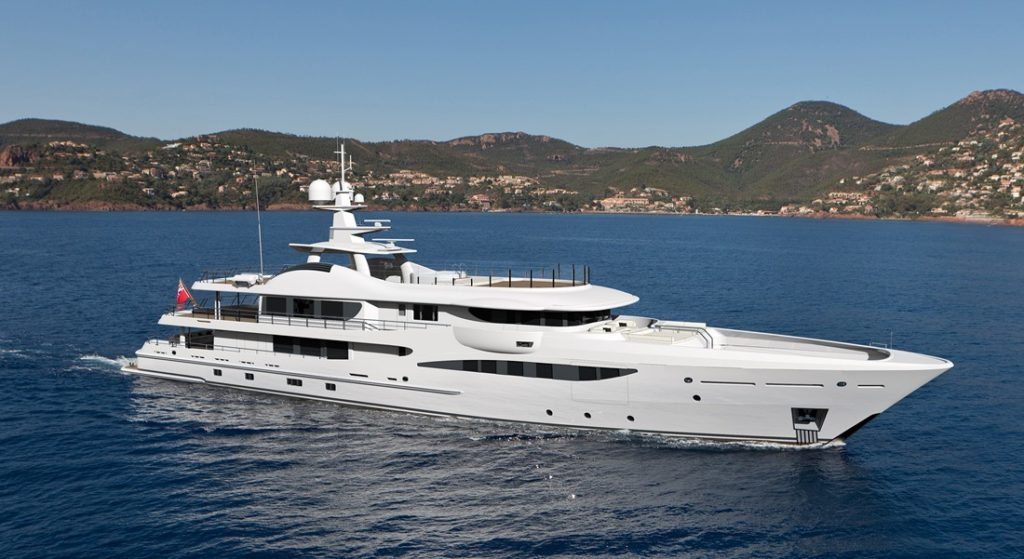 Capt. Christian Power is pleased and proud. He got to welcome his boss, the owner of Eji, aboard his new megayacht ahead of schedule. “I have to say, after building several yachts, certainly with my experience I’ve never been able to deliver a yacht a week early,” he says about this Amels 180 (sistership pictured as a result). She’s the newest Limited Editions delivery from the Dutch builder.

Amels’ Limited Editions platform, with a set engineering backbone, lends a sense of certainty during construction. It also does so during sea trials. As you’ll hear in the video below, Eji completed sea trials in just one day. The approximately 671-ton megayacht reportedly tops out at 15½ knots and cruises at 13 knots. At that latter speed, Eji, like previous Amels 180 deliveries, should see 4,500 nautical miles, too.

With styling by Tim Heywood and interior design by Laura Sessa, this Limited Editions series has seen close to a dozen deliveries since 2007. Even more noteworthy, Amels says collectively, all Amels 180s on the water have cruised more than 1 million miles across the world’s oceans.

The design has, of course, changed somewhat since introduction. A few years ago, a client requested a fold-down balcony off the main-deck master suite. That feature is now on every 180, understandably quite popular. The saloon, meanwhile, has balconies to port and starboard. Yet another change is an elongated sundeck. Eji, like some of her predecessors, puts 92 feet (28 meters) of length up here beneath guests’ feet. That sundeck further encompasses 1,938 square feet (180 square meters). It’s more sundeck space than similar-size megayachts offer.

While the owner of Eji enjoys an initial cruising season in the Med, Amels is back to work on the next 180. She’ll take on voyages come next spring. She’ll additionally reflect another change for the series: an eye-catching blue hull.

Listen as Capt. Power discusses how Eji performed during sea trials and what the build experience overall was like.