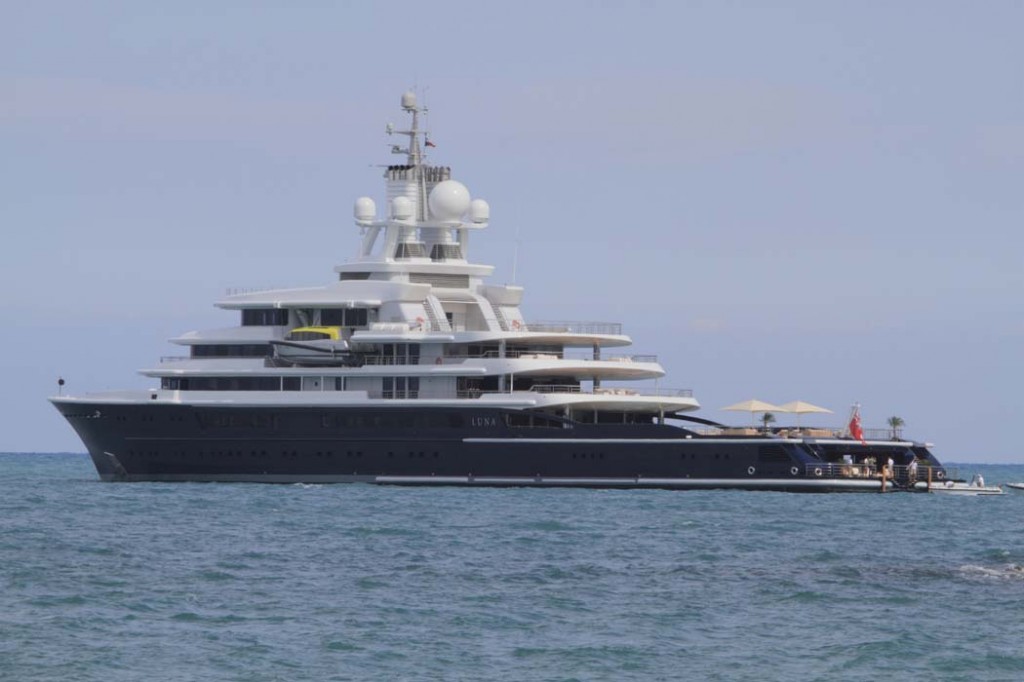 For nearly 10 months, the superyacht Luna has been in headlines, and not for good reasons. The 377-footer (115-meter) is under arrest in Dubai. She’s an asset in a bitter divorce court fight. The crew involuntarily got caught up in the Luna divorce seizure, having their passports confiscated. However, the crew union Nautilus International helped convince a local court to return their passports. Like the Luna divorce seizure, however, which is ongoing, it was not all that simple.

Last spring, while Luna underwent maintenance, Dubai International Financial Centre (DIFC) Courts ordered her arrested. (DIFC Courts is an independent, English-language common-law judiciary.) It did so under the directive of a London high court. That high court ruled on the owner’s divorce settlement in December 2016, since he and his ex-wife were London residents while married. For the settlement, the court ordered Farkhad Akhmedov, the owner of Luna, to pay £453.5 million ($600 million at the time) to his ex-wife, Tatiana Akhmedova.

The Luna divorce seizure recovery is still going on due to Akhmedov refusing to pay her. He claims they divorced in Russia more than a decade prior and that he did pay her according to that agreement. Akhmedova, though, disputes the Russian divorce claim and says she hasn’t received any money from the December 2016 ruling. She therefore has been trying to recover a number of her ex-husband’s assets, including Luna. In April this year, the same London high court ruled that the superyacht should go to Akhmedova. Media quoted the Honorable Mr. Justice Haddon-Dave as saying that Akhmedov “had taken numerous elaborate steps to conceal his wealth.” The judge further said he’s “concealing his assets in a web of offshore companies.” He outlined how different companies owned and transfered Luna between them.

The Luna divorce seizure impacted the crew personally starting in February. Dubai authorities placed Luna under a “freezing order,” meaning she could not depart the port. Simultaneously, they took the crew’s passports. Unfortunately, the crew couldn’t leave Luna, and not even Dubai if they resigned. “Confiscating passports like this is a severe violation of the rights of seafarers,” Danny McGowan, Nautilus’ strategic organizer, explains. He likened the scenario to “being treated as if they were chattels rather than maritime professionals.”

Nautilus and the Marshall Islands flag state, which governs Luna, began outreach to the crew. Nautilus reports that many crewmembers hesitated speaking with its team because they’d signed “onerous” non-disclosure agreements. Ultimately, the union and the flag state assured them that cooperation wouldn’t impact them detrimentally.

In the past several days, a Dubai court ordered the crew receive their passports back. The local coast guard argued against the ruling, though, wanting safe-manning promises in place first. Nautilus members therefore appealed to the British embassy in Dubai, as some of the crew are British citizens. The embassy staff pressured the coast guard to comply with the court order, Nautilus says. Ultimately, that succeeded, and the crewmembers have their passports.

“Yet again we have seen Nautilus members caught up in the personal problems of a superyacht owner,” McGowan comments. “Yacht crew deserve the right to go to work without worrying about whether the owner is going through a divorce or—in the ongoing case of the superyacht Indian Empress—has their assets frozen whilst fighting extradition.” (Read here for the latest Indian Empress update.)

While this is now resolved, the Luna divorce seizure saga continues. A Sharia court in Dubai has taken over the yacht ownership decision.

Akhmedov acquired Luna in 2014 from her original owner, Roman Abramovich. A number of media reports put the unconfirmed price in excess of €300 million ($347 million at press time). What is confirmed, by contrast, is a refit that Akhmedov had her undergo in 2015. That was a €50-million ($58-million) renovation.