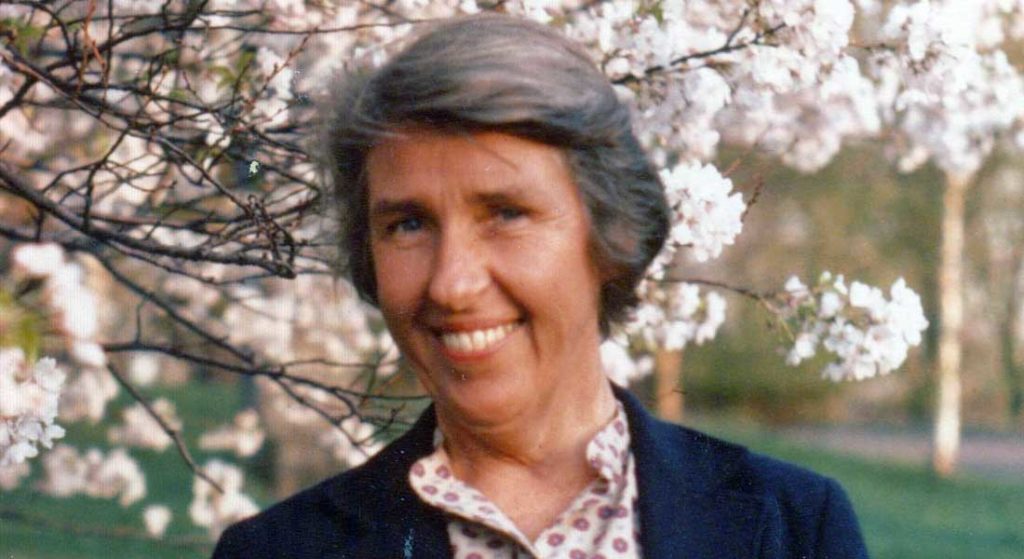 To say that she was decades ahead of her time is an understatement. Born Julie Pyle in 1928, she grew up in Connecticut. She attended and graduated from Smith College in Massachusetts in 1950. Smith College was (and remains) a women’s liberal-arts school. However, it was still uncommon for women to pursue education past high school in those years. Even more uncommon, Nicholson embarked on an 18-month, round-the-world voyage after graduation. In fact, she did so aboard the famed brigantine Yankee. Yankee, a 96-footer (29.3-meter), is perhaps best known as belonging to Irving Johnson and his wife, Exy. The Johnsons completed multiple circumnavigations, with Yankee making Life magazine’s cover, too. The voyage Nicholson joined took place from 1951 to 1952. 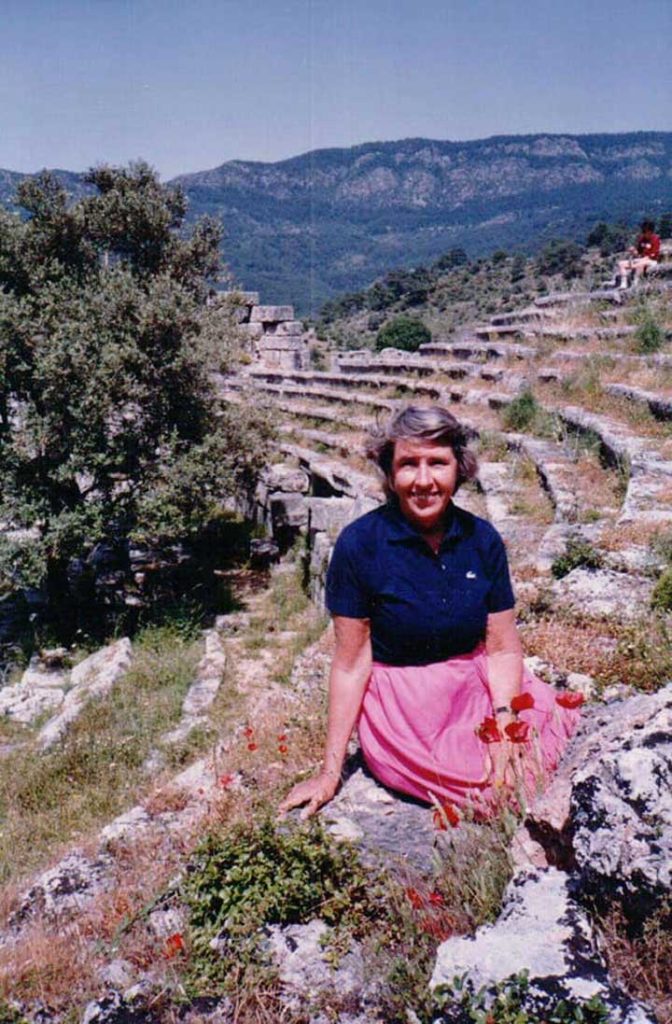 Following the voyage, she lived in Antigua. Her life changed the day she met a young British man named Rodney Nicholson. Rodney was the son of Vernon Nicholson, then a commander in the British Royal Navy. The commander, his wife, Rodney, and his brother Desmond departed England in 1949 aboard a classic schooner serving as their home. The commander chose Antigua as their new home. Rodney and Julie married in 1954. V.E.B. Nicholson & Sons, a.k.a. Nicholson Yacht Charters, inaugurated that same year.

The commander, Rodney, and Julie ran it. Desmond retells part of the beginnings on the company website:

One day, when refitting after the ocean voyage alongside the deserted wharfs, where there were only goats grazing amongst the ruins, a rich American from the newly established Mill Reef Club said “Gee, what a lovely schooner, you wouldn’t take us for a sail down islands, would you?”

Nicholson Yacht Charters started with its own small fleet. Julie Nicholson booked customers out of an office in St. Johns, Antigua, further promoting the vacation option to consumers and travel agents. Some of those travel agents later became charter brokers and therefore promoted the fleet.

In addition, Nicholson pioneered the concept of a charter-yacht show. In 1961, she established the Nicholson Charter Yacht Show. She recognized that the booking agents needed to inspect the yachts they promoted. Today, it’s the Antigua Charter Yacht Meeting. It’s held in Nelson’s Dockyard Marina in English Harbour, where it got its start, plus other local marinas.

In 1963, Antigua native Sylvia Weston joined the company, initially working as a stenographer. She grew to understand the importance of the amenities and the crews. Therefore, Weston began taking on more responsibilities, and together with Nicholson aided larger companies around the globe in visiting and booking boats. What started as an essentially accidental business turned into a worldwide industry.

Nicholson Yacht Charters wasn’t finished yet. Nicholson opened an office in Cambridge, Massachusetts in 1973, run by Weston. The duo later opened another office in Maine.

Nicholson passed away in Blue Hill, Maine, where she spent summers as a child. She is survived by a daughter.