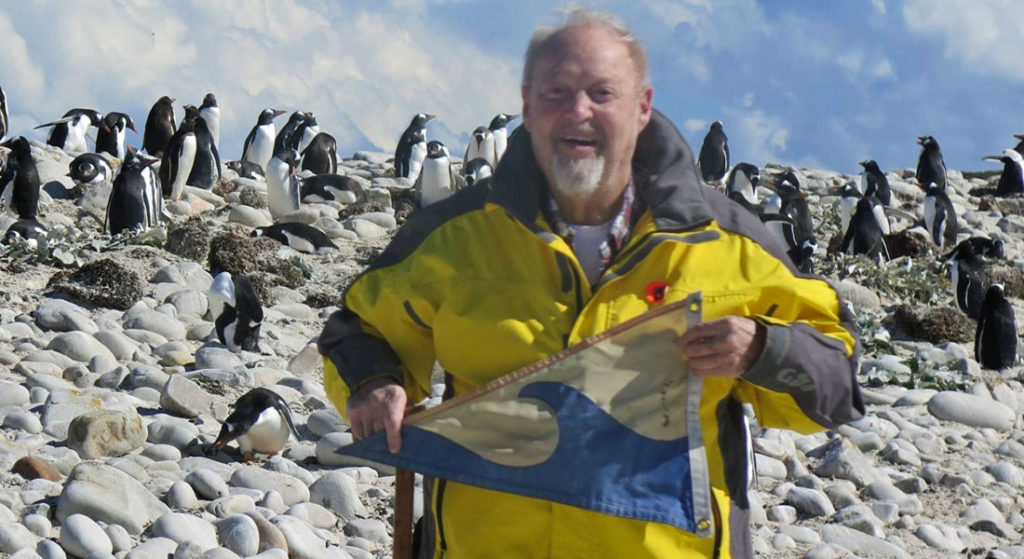 Donald M. Patton, the president and owner of survey specialist Patton Marine and who personally surveyed hundreds, if not thousands, of yachts and megayachts, died on February 15. He was 88 years old.

Born in Miami, Patton spent nearly 70 years in the boating industry, going to work in his teens. Through the decades, he took on a variety of jobs. He was a boatbuilding apprentice early on, for example. A sailor himself, he served as both a captain and an engineer aboard sailing and power yachts. During the 1960s, he worked for a salvage company in South Florida. Later on, he was a delivery captain, taking yachts worldwide. In addition, he ran U.S. Coast Guard patrol boats for a few years.

However, Patton is most known for his surveying and consulting company Patton Marine, which he established in 1973. Speak with any shipyard representative, captain, or broker, and you’d be hard pressed to find someone who didn’t know him. Between new builds and refits, he wrote specifications for and oversaw megayachts on both sides of the Atlantic. In the United States, for instance, he had projects at Christensen Shipyards, Delta Marine, and Trinity Yachts. In Europe, he was a familiar face at Abeking & Rasmussen, Amels, Benetti, Feadship, Hakvoort, Lürssen, Royal Huisman, Perini Navi, and more. His work took him throughout Asia, Australiasia, and South America, too.

On its website, Patton Marine states it’s performed more than 11,000 surveys worldwide on yachts as well as commercial vessels. Patton himself primarily surveyed and consulted on yachts and megayachts. However, he also performed these services on boats as small as 28 feet and as voluminous as 6,000 gross tons. Furthermore, Patton had experience with every type of construction, from wood to fiberglass and to metal. In terms of his consulting work, banks, lenders, and insurance companies hired him for salvage assessments as well as valuation surveys.

Patton earned accolades for his work. The International Superyacht Society bestowed a Lifetime Achievement Award on him in 2007. He was also a member of several yachting industry organizations. These include the Society of Naval Architects and Marine Engineers, as well as the American Boat and Yacht Council. He was further a supporter of the ocean-preservation charity International SeaKeepers Society. In addition, he supported Team Paradise, which teaches people with disabilities how to sail, as well as prepares athletes for the Paralympic Summer Games.