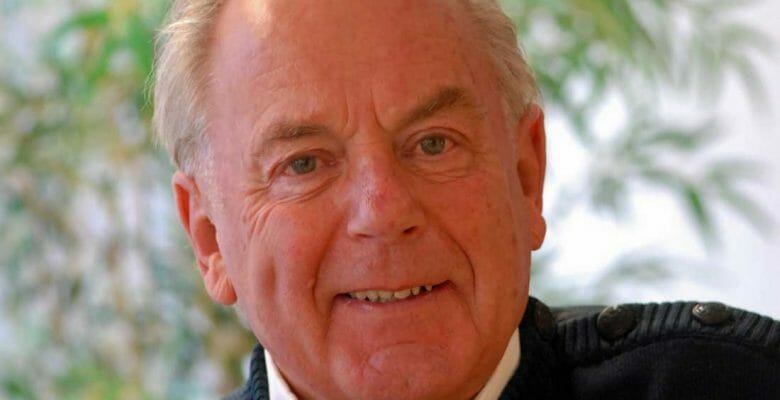 Robert Braithwaite, who left school in England at the age of 15 and went on to establish a British boatbuilder that became the world-renowned Sunseeker, has died. While he successfully battled cancer in recent years, he succumbed to Alzheimer’s. He was 75 years old.

Braithwaite got his start in the boating industry in the early 1960s, working as a marine engineer for Friar’s Cliff Marine, a dealer for a variety of brands. That company became Poole Powerboats in 1969 upon moving to the seaside town of Poole. Among the brands it sold: U.S.-based Owens Cruisers, which that same year decided to pull its European distribution. As part of this, Owens Cruisers announced it would shut down its UK-based production facility. Braithwaite saw an opportunity to establish a pleasureboat business himself, and therefore negotiated the purchase of the molds.

Poole Powerboats turned outs its first-ever project, the Sovereign 17, in 1971. Few sport- and cruising-boat manufacturers existed in the country then. Undaunted, Braithwaite persisted, having Poole Powerboats soon launch the Sovereign 20. A year later, the builder exhibited at the Southampton Boat Show and was wooing customers.

One such customer at the show: Henry Taylor, a Formula One driver. While he liked what he saw, he asked if he could commission a powerboat with a full-beam sunbed. Braithwaite and the team complied, an early sign of the semi-custom yachts and megayachts that would follow for decades. In fact, Braithwaite and his brother John, who joined the company around this time, were keen to offer customers what they wanted. 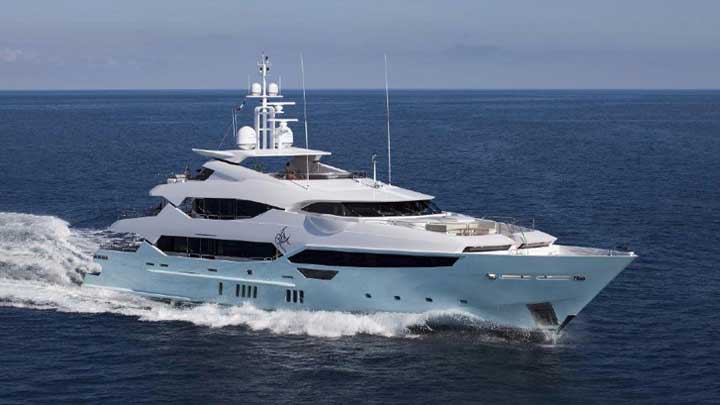 They were further keen to develop fast, super-stylish boats for the Mediterranean market. Therefore, in the late 1970s, they approached Don Shead, the naval architect responsible for multiple raceboats and superyachts. As a result, the Offshore 28 launched, Shead’s first production boat and the company’s first performance boat. In addition, the boat led to sales in key countries like France, Germany, and Spain.

Poole Powerboats changed its name to Sunseeker in 1985. Still with Braithwaite at the helm, the builder turned out production-boat models famous to this day. They include the Portofino 31, the Tomahawk 37, and more. When the 1990s arrived, Braithwaite eyed the megayacht market, since buyers increasingly wanted bigger boats. Simultaneously, he and his brother began embracing the curvaceous shapes characterizing car design at the time. The Predator 80 was the first fruit of their efforts, the most luxurious Sunseeker to that point, and fastest, capable of upwards of 30 knots with Arneson surface drives.

Under Braithwaite, Sunseeker moved further into the megayacht market, with the 105 Yacht in 2000. Fifteen years later, Sunseeker delivered its 100th megayacht exceeding 100 feet (30.5 meters), the 155 Yacht (above). Simultaneously, from 1999 through the late 2000s, the brand appeared on the big screen. Sunseekers appeared in four consecutive James Bond films, the last being Quantum of Solace. In fact, Braithwaite himself is at the wheel, driving actor Daniel Craig, in one scene.

While Braithwaite had stepped down from daily duties in 2012, he remained president, still active as well. In fact, he oversaw the sale of Sunseeker to Dalian Wanda, a Chinese firm, in 2013.

A proud British citizen, Braithwaite received two prestigious awards. He was awarded a Commander of the Most Excellent Order of the British Empire (CBE) in 2007. The Queen of England presents the honor, recognizing a leading role at a regional or national level. It’s the third-highest of the Order of the British Empire’s five ranks, too. Braithwaite was also a Deputy Lieutenant (DL), another honor from the Crown.

Braithwaite is survived by his brother John, who retired as Sunseeker’s product development director last year. Christian Marti, Sunseeker’s CEO, issued the follow statement. “Robert was not only the company’s founder, but the father of the ‘Sunseeker family’ here in Dorset, and worldwide through our dealers and clients. He will always live on as the driving force behind our success.”