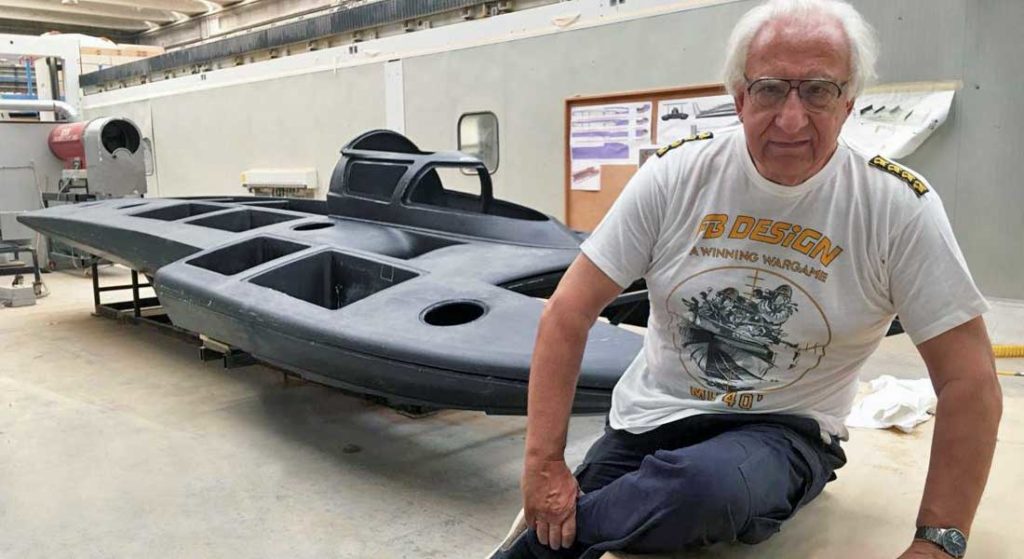 Fabio Buzzi, a renowned powerboat-racing champion, designer, and builder who further influenced a few pleasure-yacht builders, died yesterday in Venice, Italy while trying to break his own offshore speed record. He was 76 years old.

Buzzi and three others were aboard his 66-foot (20-meter) raceboat last evening. They were attempting to set a new Monaco to Venice record when they hit large rocks protecting a flood barrier near the finish line. According to local officials, the boat went over the reef and landed stern first in the water. Officials further say the boat speed was 80 knots, with the impact killing Buzzi and two crewmembers instantly. The crash ejected the third crewmember, who remains hospitalized.

Born in Lecco, Italy, Buzzi was essentially destined to be a boatbuilder and designer. He came from a long line of craftspeople, dating back centuries. He graduated from the Polytechnical University of Turin in 1971 with a degree in mechanical engineering. The racing bug soon bit, with Buzzi embarking on his offshore racing career in 1978. In fact, he won the Italian and European Class 3 Championships that same year. One year later, he set the world speed record for diesel-powered craft, 103.44 knots. Over the course of more than 40 years of racing, Buzzi won 10 world championships.

Buzzi additionally collaborated with or inspired well-known yacht builders. The Otam Millennium 80 (evolving into the HT 80 Millennium), for example, draws inspiration from one of his designs, the FB 80 Record. That vessel holds the Round Italy, Monte Carlo to London, and Round Britain records, averaging 44 knots over 31 hours. Plus, Sunseeker developed its nearly 69-knot Hawk 38, which debuted earlier this year, with Buzzi.