You are here: Home / Charter & Cruising / EYOS Expeditions and Legend Invite You to Antarctica—Again 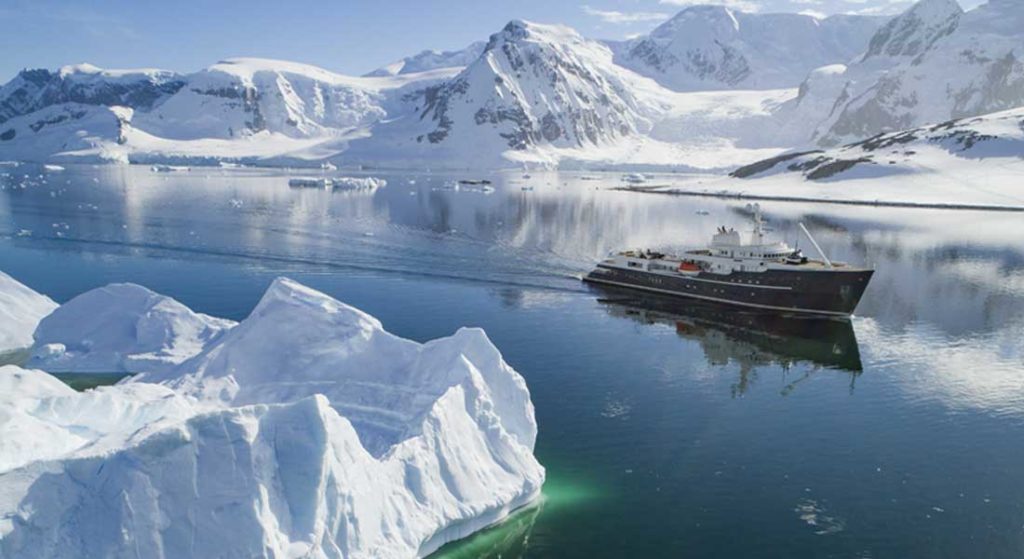 “Last year we pioneered departures on a private yacht where you could buy a single cabin rather than charter the entire vessel,” says Ben Lyons, the CEO of EYOS Expeditions. “I was onboard for both departures and saw first-hand the camaraderie and spirit that was forged.” The company believes this can repeat in December. EYOS Expeditions and Legend have two charters in Antarctica where you can book individual staterooms.

The single-cabin Antarctica charters that Lyons mentions were available for booking in late 2018. They took place this past January. Just like then, this time EYOS Expeditions and Legend will arrange for you to fly over the Drake Passage, thereby avoiding the infamous waterway. In addition, this gives you seven full days in Antarctica.

The two trips take place from December 6 to 13 and December 13 to 20. Capable of carrying 22 guests, Legend puts plenty of exceptional experiences at your disposal. For instance, you can kayak among the icebergs, or visit colonies of penguins. Last January, guests got up close to humpback whales thanks to Legend’s Zodiacs. Regardless, each guest gets to decide what he or she wishes to do, making it all the more special. Note that EYOS Expeditions will have three nature guides onboard. In addition, the 252’6” (77-meter) Legend has plenty of onboard amenities, like a massage area. Plus, the 1-to-1 crew-to-guest ratio ensures personal attention.

The bottom line, for EYOS Expeditions and Legend, is the intimacy of the experiences. “Smaller groups allow for more intimate interactions with the natural and pristine environment,” Lyons asserts. “It is what expedition travel was originally meant to be.”

To make a reservation, email the EYOS Expeditions and Legend team.